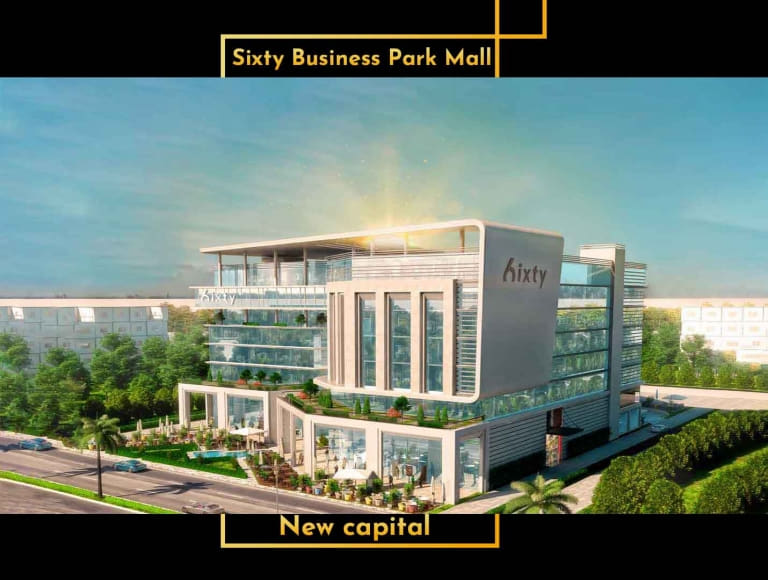 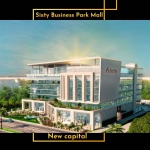 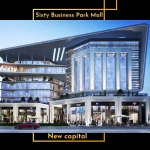 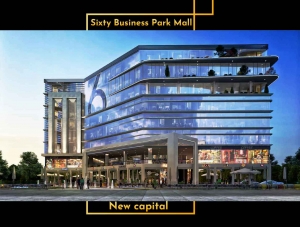 A brief about the company developing

the Sixty Business Park Mall in the capital,

and a store is available for sale in Sixty Business Park Mall:

Edge Holding Company is the owner of the Sixty Mall New Capital project.

The mall is the second project carried out by the company

inside the administrative capital, where the company built the Oia compound, It is located in the financial and business district within the Administrative Capital,

directly in front of the Ministry of Finance, and also next to

the headquarters of major banks such as a bank

and also Banque Misr – as well as Bank Audi.

Where the Sixty Business Park mall is two minutes away from

the headquarters of the Central Bank of Egypt as well as the Stock Exchange.

In front of the land of Sixty Mall directly,

there is the largest office in the Middle East,

and also the largest Cinema complex in the Administrative Capital.

As well as a huge national museum.

Also, the areas of the shops on the ground floor range from 39 meters to 81 meters.

As for the shop spaces on the first floor, they start from 41 meters to 86 meters,

Alyslim will be semi-finished “Conch”.

fully finished + air-conditioning, provided that the price per square meter

Among the most important services in the New Administrative Capital

and there is a commercial store for sale in Sixty Business Park Mall:

The New Administrative Capital has many services

There is also an electric railway.

There is also a children’s amusement park.

A store is available for sale in Sixty Business Park Mall

And there are 2000 educational buildings.

And there are industrial lakes.

There is also a new cathedral.

there is also a new zoo.

also is a sculpture garden.

There is a floating forest.

The mall includes 663 clinics and hospitals.

There is a gym equipped with the latest sports equipment.

A store is available for sale in Sixty Business Park Mall

As well as a sports club in order to practice mathematics.

There is a social club.

And there is a security and guard system around the clock.

The company has set more than one payment system for all customers, as follows:

0% down payment over 5 years