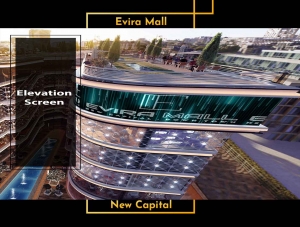 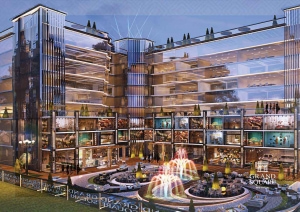 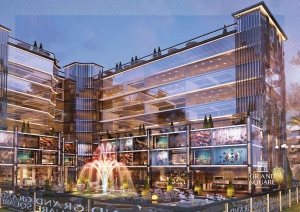 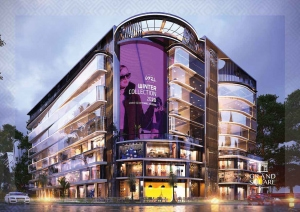 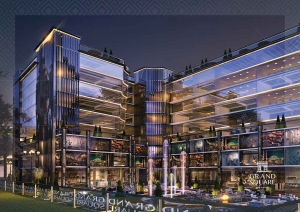 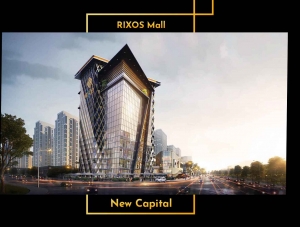 The New Administrative Capital is one of the huge housing and construction projects in East Cairo, scheduled to open around the year 2020.

On March 13, 2015, Egyptian Housing Minister Mostafa Madbouly (at the time) announced its inauguration at a meeting to support and

develop the Egyptian economy. According to the plan, the city aims to become the new administrative and economic capital of Egypt,

and it will also become a smart city using all modern technologies.

and construction will take at least 5 years.

About the New Administrative Capital

A joint-stock company was established to manage the New Administrative Capital project with a capital estimated at 6 billion pounds,

with the participation of the New City Community Department, the National Service Project Department,

The company undertakes the planning, construction In addition, and development of the New Administrative Capital project.

Location of the New Administrative Capital

What are the advantages of the new capital site?

strategic location with accurate international standards and criteria, which will lead to Egypt’s progress and development,

which will help restore its beauty and vitality again, instead of congestion and pollution.

or crowding. The New Administrative Capital was launched as a developing image in a conference on developing and supporting the Egyptian economy,

and to become a smart city with comprehensive and diverse services.

Because it is based on simultaneity and perfection with the development of civilization, In addition,

it is in fact a cosmopolitan city located on the territory of Egypt.

Neighborhoods and services of the New Administrative Capital

The city consists of 21 residential districts and 25 private communities. This will depend on modern technology. The relocation of Parliament,

the Presidential Palace, government ministries, and foreign embassies is scheduled to be completed from 2020 to 2022.

It is plann to build 240,000 housing units in residential areas in the first five years, of which 30,000 units have already started.

It has its own financial district, In addition, and it will become the headquarters of the Central Bank of Egypt and the Egyptian Stock Exchange.

The government required commercial banks and investment banks to move their headquarters to the new capital.

It will also include a theme park four times the size of Disneyland, a 90-kilometer solar farm,

an electric railway connecting the capital to Cairo, and a new international airport.

The Minister of Higher Education stated that in addition to Capital International University, which is a public university,

there are no less than six international universities from the United States, Britain, Canada, Sweden, Bulgaria, In addition, and France.

and the Supreme Court will be moved to the new capital.

The Nile will be linked to the New Administrative Capital, through two pipelines, with a compressor station with a capacity of 125,000 cubic meters per day.

The third pipeline will supply desalinated water from the Red Sea to the capital.

In addition, A 35-kilometer green belt will be plant around the city center.

The city will include fitness trails, sculpture gardens, amusement parks for climbing, walking, and cycling trails,

The most important landmarks of the new capital

The mosque is a wonderful architectural masterpiece, covering an area of ​​122,000 square meters,

In addition, The mosque has 4 minarets, the main dome, and 4 secondary domes.

It also contains a religious museum, a Quran recitation house, and a charity hospital.

The train passes through 11 stations and connects the cities of Salam, Al-Obour, Al-Mustaqbal, Al-Shorouk,

Badr and 10th Ramadan. According to the estimated study of the project,

the train project will be implemented jointly by the National Tunnels Administration and Avek-Kerek Company,

In addition and the train is scheduled to carry 350 thousand passengers per day.

One of the city’s highlights is the Green River, which is 35 kilometers long and is the longest green axis in the world.

Tributaries of the Green River pass through the city, and there are recreational parks on both sides of the river,

The Church of the Nativity of Christ covers an area of ​​15 acres, which is equivalent to 63 thousand square meters, In addition

and the construction area is 10 thousand square meters.

a modern cinema, and a cultural center with an urban design that reflects our culture In addition and our interest in art and culture.

The most prominent projects in the city

The airport covers an area of ​​33 square kilometers and is design to facilitate the flow of ambassadors, investors,

In addition and tourists and support the tourism industry.

The project was implement in accordance with international standards under the supervision of the Engineering Management Office of the Armed Forces.

It was one of the first projects that opened in the capital because it was built on an area of ​​10 acres. The hotel includes tourist resorts,

They are wide paved roads commensurate with the population density of the capital; To avoid congestion and congestion.

The main road network is 650 km long, including sidewalks that prevent intersections with highways.

The city will also build a 4,800 MW power plant and a 32-diameter natural gas pipeline,

starting from the 65-kilometer Abu Sultan / Sokhna pipeline to the end of the Shindo power station.

He plans to build a number of international schools and universities, and build a sports city.

Neighborhoods of the New Administrative Capital

The field of ministries and government agencies in which e-government applications are activat, and covers all government transactions.

The district includes 18 ministerial buildings, a parliament building that can accommodate 1,000 delegates,

a residential building, a government building, a conference center, and an Olympic stadium. It is plann to transfer several ministries to the new capital.

The city of knowledge

Knowledge City is a smart city that focuses on science and knowledge and plans to implement 300 acres and provide 500,000 job opportunities.

and technical training institutions to improve the efficiency of youth and increase their awareness of the importance of modern technology.

The city also depends on advanced information technology and renewable energy in all its sectors.

The entire block was devot to money and trade, and the Urban Community Management Office developed a special design for it based on the scheme of the administrative capital. The design includes skyscrapers, and the building houses the headquarters of the Central Bank,

It should be not that the prices mentioned in the article may change, In addition as we at Masharef Real Estate are keen to update the list of real estate prices continuously so that consumers can understand the changes taking place in the real estate market.