For sale a commercial store in Trivium Square Mall 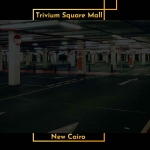 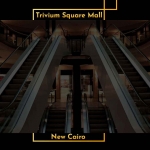 and in Al Dahdid on North Teseen Street, and it is located directly on the Mohamed Naguib axis

And in close proximity to the largest residential projects.

for sale a commercial store in Trivium Square Mall:

Trivium Square Mall, Fifth Settlement, is one of the largest

For all those interested in the investment field, as that project will lead

them to distinction as well as exclusivity.

The company that owns the Trivium Project, the Fifth Settlement, has made sure

that its location is strategic, in order for this to be reflected positively on it.

and the company launched the Trivium Mall in the Fifth Settlement.

the axis of Muhammad Naguib, near the largest housing projects being built in this vital area.

Trivium Mall is located very close to many important landmarks

in the Fifth Settlement, including the American University

The same applies to Al-Rehab City, which is only five minutes away from them.

As well as Nasr City, which is about 25 minutes away.

A commercial store is available for sale in Trivium Square Mall. 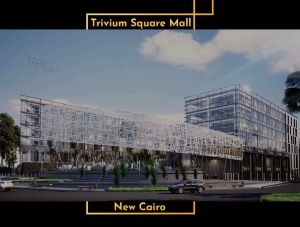 The area of ​​the Trivium Square Mall project in

the Fifth Settlement and available for sale a commercial store

in the Trivium Square Mall:

on an area of ​​4 acres, to be a project that provides

integrated services to all its customers. Area of ​​stores:

The company that owns the project, Trivium Mall, keen to allocate a very large area

for the shops, as it starts from 70 square meters, and there are also spaces

Other external projects designated for establishing restaurants, cafes, and the like.

Where office space as well as clinics in Trivium Mall start from 50 square meters,

and the developer has been keen

Provided that their designs vary in proportion to their customers.

and this is not limited to the facade

The private foreign ministry only, in order to ensure that the tasks for

which this project was launched are carried out in a more wonderful way.

The Trivium Mall project consists of a number of buildings, which number up to three

and the developer has designed them in a way that makes

the four floors connected to each other.

without any interest on the installments.

A commercial store is available for sale in Trivium Square Mall.