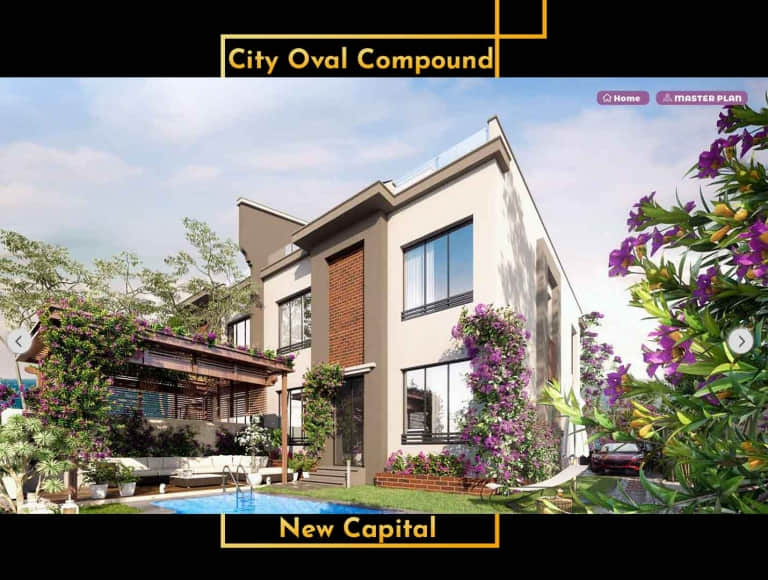 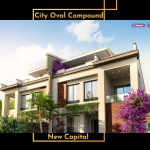 City Oval apartment for sale, the new Administrative Capital, is the largest

private investment opportunity with its reasonable prices during the current

period, which is expected to increase in the future.

Capital, even if it is somewhat far from the current built-up areas,

But it is enough that the entire state supports it, and this matter calls

for a lot of reassurance about the future of that city

The location of the City Oval compound and the availability of

an apartment in City Oval for sale:

Master Group has chosen a plot of F1 land to establish City Oval,

the administrative capital, on the hill of the seventh residential district.

It is located near the most important landmarks, and the main axes

in the Administrative Capital, most notably:

It is near the Mohammed bin Zayed axis, the regional ring road,

the Suez Road, and Ain Sokhna.

Approaching the fairground and the opera house

There is an apartment in City Oval for sale.

You will also find it near the Al Massa Hotel, and the Diplomatic Quarter

You will find the city of Oval, the administrative capital, minutes away

from the Green River.

It is located on the opposite side of the government district, which will house

the headquarters of all ministries and various government agencies.

The Compound City Oval, the administrative capital, is provided by Master

The founder of the company is businessman / Mohamed Lasheen,

who worked in several fields, most notably real estate, tourism, and furniture.

He is one of the pioneering minds and an expert in the field of investment,

This was the main reason behind the success of Master Group.

It is worth noting that Master Group has many companies under its umbrella,

in several other fields, most notably construction, advertising, tourism, Master Group Real Estate Development has implemented a group of

successful projects, which were milestones in its history and the history

of the Egyptian real estate market.

It has implemented a group of residential projects, tourist resorts, and malls,

all of which are of international standards.

by the company, based on the future vision, awareness of market requirements,

The most prominent of the previous works of Master Group are the following:

There is an apartment in City Oval for sale, the administrative capital.

Master Group is the company in charge of contracting work for

the Ministry of Endowments

Angel compound on the North Coast in Aida Village.

The exclusive developer of the White Sand Brass Sidr project

The paradise village of Matrouh.