The company cooperates with

one of the following agencies

To provide you with the largest real estate development,

Egypt for Investment and Urban Development.

With its unlimited functionality at all levels,

be it the location, the service,

and most importantly the price.

an ideal target for you

To find a prime location in the Administrative Capital.

The Golden Park project is located

in the seventh residential area R7

On plot No. 9G2 the seventh residential area

of ​​the most prestigious residential areas

Because they are fully committed

and supervision of land allocation, 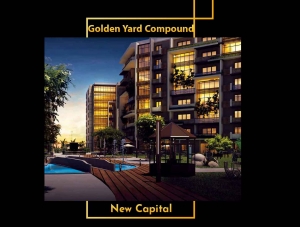 There are golden yard apartments

Its area ranges from 140 square meters

The Golden Park project is designed

to become an inclusive urban community;

the space was allocated for construction,

The remaining space was used for services,

between regular apartments and duplexes,

The mall consists of three floors

with different uses for commercial,

inside and outside the Golden Park project.

We also noticed that the first

and first floors are commercial

and the second floors are administrative a

The mall will include restaurants,

There is a hypermarket

The area of ​​the mall’s commercial,

The ceiling height of the ground floor is 4.80 m.

Ceiling height on the first and second floors is 3.80 m.

aims at the new capital

To provide you with all the main services

and entertainment around you.

It is the largest living example of

Which is reflected in the following aspects:

There are vast green spaces,

fully distributed throughout the building complex.

You will also find artificial lakes and waterfalls;

The unit gives the most beautiful views;

Increase the psychological comfort of the owner.

There are bike lanes and jogging paths.

There is also an open play area for children.

In order to give owners the highest level of luxury,

The club is built to the highest standards.

You will also find medical clinics

that offer the highest level of

There is a social gym

There are also restaurants and cafes.

Security and guards are also available around the clock.

The project is also divided into

The price per square meter for the commercial unit

ranges from 60 to 80 thousand pounds.

The price per square meter for administrative

and medical units ranges from 28

The prices of square meter for apartments

The units in the Golden Yard compound

in the new capital are semi-finished

will be built in two phases,

The opening of the first phase will be soon.

From the Golden Yard project at

that will surprise the customers.

The down payment is 5%

and the rest is 6 years.

for the remaining 7 years.

and the rest in installments over 8 years.

and pay in installments

over the remaining 9 years.

Designs of the Golden Yard compound

After the developer purchased plots

Proposed in the seventh residential district,

A competition was held to select

the appropriate design for the project.

the 6 most famous engineering companies

in the Egyptian real estate market will appear.

However, the choice fell on the design submitted

by the office (Al-Afifi House of Expertise).

To its owner, Dr. Hakim Al-Afifi,

as the best design.

The company submitted this design

to the relevant government departments.

Ministerial Resolution No. 1003 was

Then the next step is to find qualified

And cooperate with them

in the best way to establish projects.

In fact, more than one real estate developer

has applied to the company,

They provided in it all his biographical data,

and his previous works,

and all necessary documents.

The Misr Foundation for Investment

and Real Estate Development was established

Chairman of the Board of Directors of the company.

Because it was considered a

Of course, this company was chosen

especially because of its long experience

in the real estate market.

In addition to the very distinguished

Marseille 1 at km 70 north of the coast.

on the North Coast.

on the North Coast.

Marseilia Beach 3 is 71 km from the North Coast.

But also because of its many agencies outside Egypt;

Which will help in marketing the project

and exporting it outside Egypt

Indeed your ideal residential area in the capital.

It will provide you with

all the success factors to get distinctive

In addition to all the amenities

and luxuries around you

and reserve your unit. 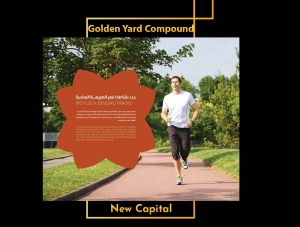 In addition to there is Golden yard compound new capital.