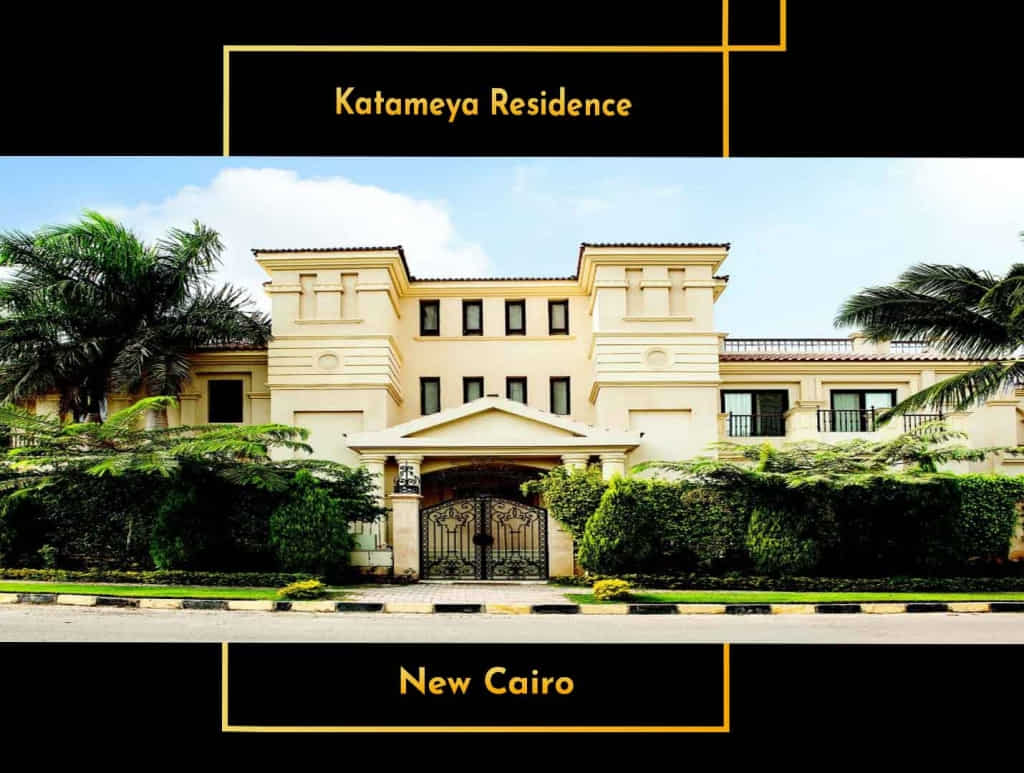 is unique in its attractive architectural designs.

is unique in its attractive architectural designs.

The compound also features a charming view of

healthy lifestyle as a result of the multiplicity of green spaces as well as bathrooms Swimming is scattered throughout,

the special needs of its residents. 24 hour security availability.

New Cairo, after its establishment in 2000,

proved its resounding success in attracting residents to it instead of the traditional cities,

due to a number of reasons,

the most important of which is that it is free from the defects of the traditional capital such as congestion,

On the contrary, the services of New Cairo are modern,

and there is no pressure on them, as well as various facilities are available,

in addition to vital services.

Therefore, companies sought to invest in the city,

and Al-Ahly Company realized early on the importance of New Cairo; Therefore,

one of the first projects built in New Cairo was Katameya Residence, in 2003.

The project was built on an area of ​​about 320 thousand square meters,

and it consists of only 361 housing units.

The philosophy behind the establishment of a small number of units despite the vast area of ​​the project,

is to provide the highest levels of comfort by providing large areas,

where you will not feel any crowding or boredom from poor services,

as the pressure on them is weak. For example,

if each unit will be used by 5 people, 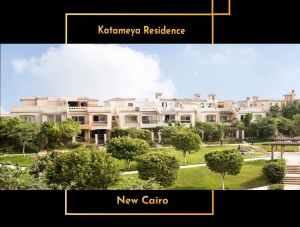 Katameya Residence Compound has many advantages,

the most prominent of which is the idea of ​​the huge spaces available to the residents,

this gives a huge area of ​​privacy as well as comfort,

and this is reinforced by the small number of units.

These spaces are suitable for children, both for play and also for fun,

as well as for adults to walk and also enjoy the comfort of green spaces.

as well as avoiding the negatives of Cairo in living in Katameya Residence,

all while taking advantage of the project’s location to enjoy the services of New Cairo City.

The compound is located in a prime location next to the Police Academy,

and also near the road on Airport Road.

The compound’s location is a few minutes away from several famous universities such as “Al-Mustaqbal – German – American”, as well as several international and

private schools, as well as major commercial centers such as “Cairo Festival City – Point 90”, as well as international restaurants.

As well as public interests, as well as banks,

as well as major companies in New Cairo.

The project was built on an area of ​​about 320 thousand square meters, and it consists of only 361 housing units. 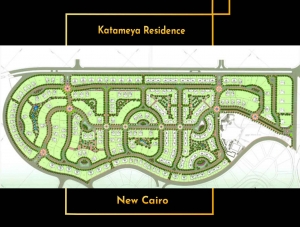 the lowest residential prices in the real estate field in New Cairo,

compared to many services and also facilities within the compound,

which provide the largest amount of entertainment and

the greatest healthy life and also Comfort as well as luxury.

The average price of the townhouse in

the Katameya Residence project is 6.5 million pounds at a price of 23,000 pounds per square metre

while apartment prices vary between 3.5 million pounds and

There is a down payment starting from 10% to 30%, with the possibility of installments,

the rest of the amount up to 7 years.

The company that owns the Katameya Residence New Cairo:

The real estate developer of the project is Al-Ahly Real Estate Development Company,

which was established nearly 25 years ago, specifically in 1994,

and it is an Egyptian joint stock company.

Founded by Hussein Sabbour and

he is now the Chairman of the Board of Directors.

later transformed in order to become one of the giant real estate companies in the country.

The projects offered by the company vary between commercial,

and these projects are built throughout the country and

its width, whether in Cairo or the North Coast overlooking the Mediterranean Sea,

and even in cities overlooking the Red Sea.

The main role of the company is: to maintain the highest degree of professionalism,

also integrity in work, and also to provide exemplary services in a family atmosphere.

While Al-Ahly’s vision is: It is a continuous growth in the long term,

based on its extensive experience,

as well as the distinguished services it provides.

Among the company’s previous projects, Dorra Gardens in 6th of October City, Amwaj and Gaia villages on the North Coast, Piacera in Ain Sokhna, and Katameya Hills in New Cairo.

Note that the prices and spaces mentioned in the article are for the first half of 2019, and are therefore subject to change, and we are keen to update them constantly in order for the customer to be aware of the changes in the real estate market.

But the finest, of course, is the Fifth Settlement. Where luxurious buildings, as well as the headquarters of banks, as well as luxurious commercial malls, as well as foreign universities such as the American University in Cairo and others.

Among the most important landmarks in New Cairo are: Cairo Festival City, Downtown Mall, 90th Street, and the American University.

The residential communities in the Fifth Settlement are characterized by sophistication, calmness, and clean streets, with many green spaces.

Among the most lively neighborhoods in the Fifth Settlement:

The most important malls and commercial areas in the Fifth Settlement

New Cairo real estate opens up great investment opportunities for businessmen as well as investors from all sides, because of:

Increasing demand for advanced, quiet and modern housing projects in the first place, as well as an engineering design that resembles the high-end European style.

Customers’ demand for places where they can easily collect services that meet their needs without having to leave the area.

It provides all commercial, as well as medical, as well as recreational services that increase the opportunities for the population in this area, and thus the area becomes the focus of everyone’s attention.