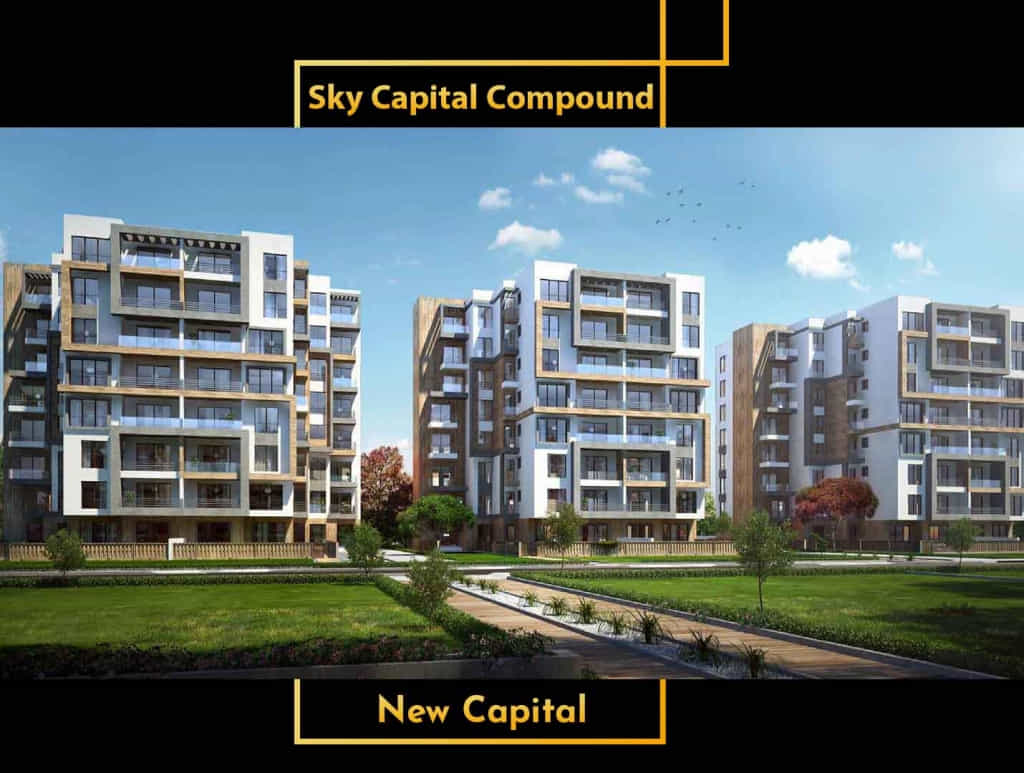 Sky Capital new capital compound is a residential complex with all services that achieve all your desires of freedom, freedom and luxury,

Sky Capital, whose name is “sky” will make

In the sky of the new administrative capital

without crowding, noise or pressure,

the first projects of Better House

well known in the new capital,

Through that project, she wanted

to create a residential complex

that was ahead of its time and civilized. 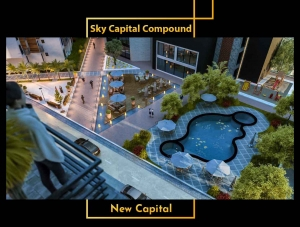 in the heart of the New Capital.

It is located in the residential neighborhood R7,

next to the most vital sites in the New Capital,

It is next to the Al-Massa Hotel,

and the upscale embassy district.

the cathedral, and the wealth

a luxurious view of the Green River,

The largest public park on the planet,

which extends from the beginning

of the new capital to its end.

It is characterized by its proximity to

which will link the capital to all areas around it.

In addition to the fact

that Sky Capital is the latest project of

It is represented in a project of

Sky Capital Compound has been

to the latest international strategies

In a manner that achieves the merit

and well-being of all residents of the compound.

are Sky Capital View, as it is considered

one of the highest available prices.

Especially when compared to the number

of advantages that you will get

over the scope of the project.

The value of the meter starts

up to 11 thousand pounds.

Payment of the unit value is available

in easy installments up to 7 years.

Knowing that there are delivery units

and others so far 3 years.

Better House is the real estate

has been revered and amazed.

Better House is keen to provide

a unique rate of units

and services attached to it,

To save the maximum welfare for the investors.

Therefore, by choosing the best sites

for the projects concerned,

And the latest engineering preparations

in line with these internationally recognized standards,

as well as accuracy and honesty in taking.

has many distinguished projects

The Foundation chose these cities mainly

for what they enjoy

From amazing strategies to a network of

To reach its projects in the heart of

which is the upscale

The latest rate of luxury.

What was done in the compound of

And a commercial mall,

The Foundation has embarked on establishing

its second project in the capital.

It is a compound of In the best location in the new capital,

The project has been distributed

to bring you the best amount of luxury and luxury.

The percentage of construction

for apartments is about 20%

of the total area of ​​the project.

The remaining 80% is allocated to green spaces,

And this great area

that has been allocated to green spaces,

The aim is to allow the possibility

to provide investors with a healthy

and quiet home without crowding or noise.

The external settings of the units

It is characterized by modernity and sophistication,

and matches the latest layouts

in the most luxurious international compounds.

Most of the project area is dedicated

to recreational facilities and services,

Duplex villas have a variety of spaces.

You will find the spaces as follows:

has been prepared and worked

To become a residential complex

with all services available.

All units in the Sky Capital compound enjoy

an excellent view of the parks and lakes.

The rest of the services shall be 80%

of the total area of ​​the project.

And then all units

There are many swimming pools of different sizes,

Equally and stable throughout the compound,

as it uses pure solar panels.

of the Sky Capital Compound,

It is also equipped with bicycle paths,

as well as for jogging and walking enthusiasts.

As for shopping enthusiasts,

the headquarters of a great leader.

serving inside and outside the compound.

It has shops that give

the most luxurious international brands.

there is a well-equipped health team at the highest rate

It also has a sauna and spa.

for restaurants and cafes.

And for our young loved ones,

all the services related to them have been saved

from the international nurseries

to their own games place to entertain them.

There are private garages at the bottom

of each building, so to curb crowding,

Car parking is available for visitors

and visitors to the resort.

Among the other districts in new capital.

In addition to there is Sky Capital new capital compound.