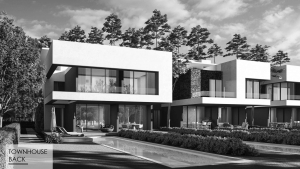 Il Bosco compound new capital, or as it is known as Bosco Project new Capital or New Administrative Bosco is one of Misr Italia Real Estate Development Company’s projects, which will be explained below For instance:

an integrated residential complex by Misr Italia Company, as it is located near the Presidential Palace and the Academic Center For instance:

Il Bosco is in a strategic location, which gives additional value and a great opportunity in being the best place, Which a person can wish to live in, located in the center of the New Administrative Capital, adds to it many advantages, For instance:

This area is very close to the large Al-Masa hotel, in addition to the proximity to the medical area located in this place.

Misr Italia Company has been keen to provide many different spaces and units as the compound contains:

But the most important thing that distinguishes the prices in the Bosco New Capital Compound is that it offers you the lowest prices in the New Administrative Capital, And you can contract with the lowest reservation deposit, which is 10% of the unit value.

The price per meter in the POSCO Compound, the New Capital, starts from 9,000 EGP up to 12,000 EGP depending on the stage and according to the location of the residential unit.

The units will be delivered within the POSCO Administrative Capital project within 3 years, and you can watch more about il Bosco compound in this video