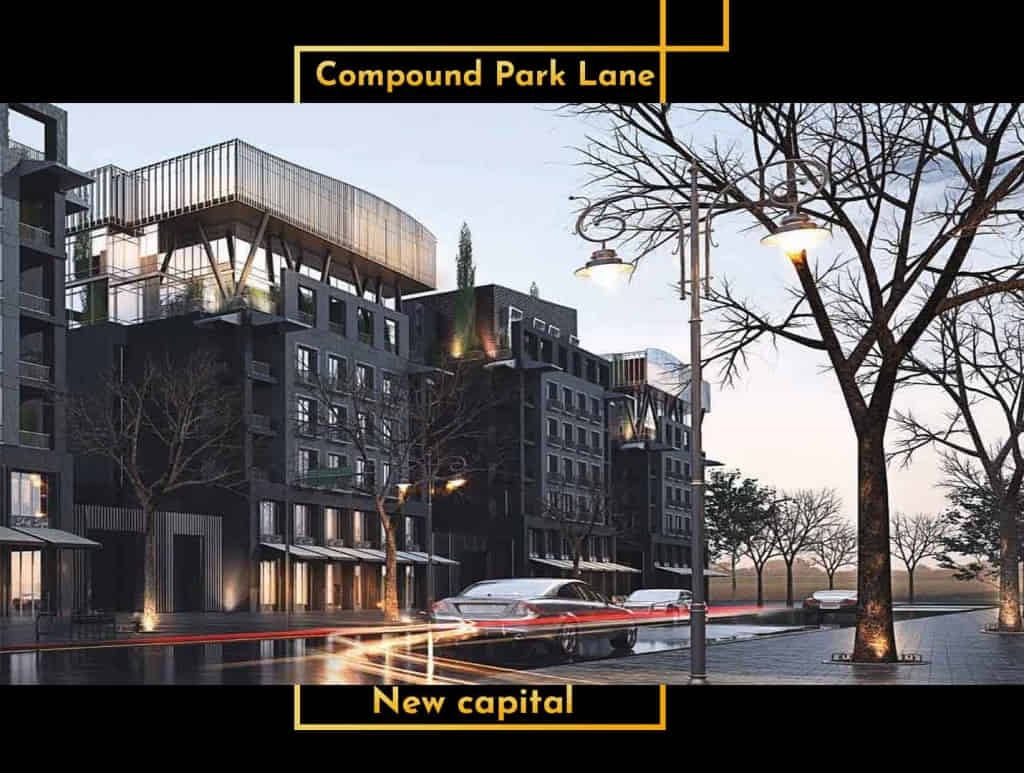 Park lane new capital compound presented by El Attal Company, has a new concept, as it is designed in the classic architectural style.

but with a modern feeling;

The name is derived from one of

the most important main streets

to the center of the capital

With its vast green spaces,

It is surrounded by a series of high-end units

that you do not find in the price 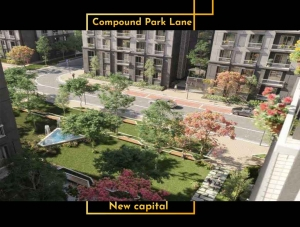 is located in R7, the seventh residential area, plot D2.

It is located on the third main axis of

the capital (the main axis R7)

Park Lane is distinguished by

its location on the land adjacent

to the Swedish University,

On the same BUE axis,

next to the diplomatic area,

The 70-meter wide R7 ring can be seen directly.

It is located near IL Bosco administrative capital

Because it is the second plot of

land on the southern axis of Mohammed bin Zayed.

is the lifeblood of new administrative capital

And the link that connects the surrounding cities.

also located on a main street with a width

It is also located in front of Tiba Rose,

near the most important buildings

It is located next to

and the Medical City.

also located near the Green River,

The largest central park in the world.

It is only a few minutes away

from the government district,

the presidential palace and the exhibition city,

Close to the opera house

and the diplomatic area.

Therefore, you will find that the location of

Park Lane Compound is the best

in the New Administrative Capital

Because it always brings you closer to

the most important neighborhoods and cities.

As for the prices of Park lane new capital compound

You will find that the price of

an apartment of 110 square meters

The unit will be delivered as a semi-finished product.

the date of signing the contract,

You will have a great opportunity

to complete your unit according

to your personal taste.

In addition to the premium price of Park Lane,

You will find that only 20% of

its total area is allocated for construction,

The remaining space is used for services.

in Park Lane is the special offers

This is due to the presence

of many payment systems;

Choose the most appropriate one.

Most notably, the down payment is up to 10%

and the installments are up to 10 years.

Therefore, you will be able to

With the longest repayment period

The owner company and previous works

It is the latest launch of El Attal Real Estate Company.

or Al-Attal Holding Company is

one of the leading companies

Which has a long history in real estate development.

Which means that she has more than 87 years

of experience in the real estate market.

in more than one field, the most famous

of which are contracting, iron and finishing.

The developing company owns more than

one branch outside Egypt,

Bahrain and Malaysia, in its history,

It also has many projects

in many regions of Egypt such as

A group of buildings in Nasr City, 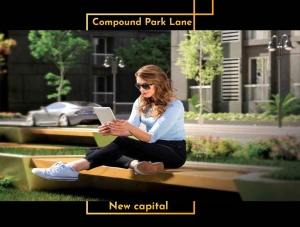 The park lane space in the new capital

was built on 26 acres of land,

Because it is a complex

that was implemented according to standards

universality, whether designed or implemented,

Its interior is symmetrical

and follows the latest in the most luxurious

of them is an international complex.

We found that most of the space was allocated;

and all services and allocated in a balanced way.

As for the unit space

You will find apartments

and duplexes of different sizes:

There are apartments on

the ground floor connected to the garden,

There are apartments on repeated floors

The styles of duplex apartments

vary from ground floor to rooftop,

In the area of ​​Park lane new capital compound

apartments in the new capital,

This is a great and different option

to help you choose the space

that best suits your needs.

Two for the residential sector

and one for the commercial sector

and get to your unit quickly.

are distributed to walking lovers

a patio where you can picnic

and spend quality time with your family,

In addition to the Skyline lounge,

There is also a commercial walkway.

A body of water represented by an artificial lake.

There are 2 indoor swimming pools available.

There are trails along the park’s trails

for biking and cycling.

The gym, spa and swimming pool

are among the most advanced facilities.

There are cafes in some buildings

Some of them are located under the building.

There is a restaurant and café area.

Administrative and commercial units are available.

There is a recreation area.

There is security and guards around the clock. 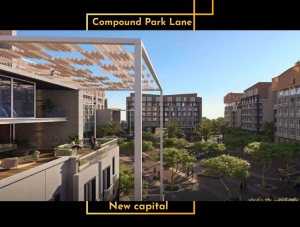 In addition to there is Park lane new capital compound.