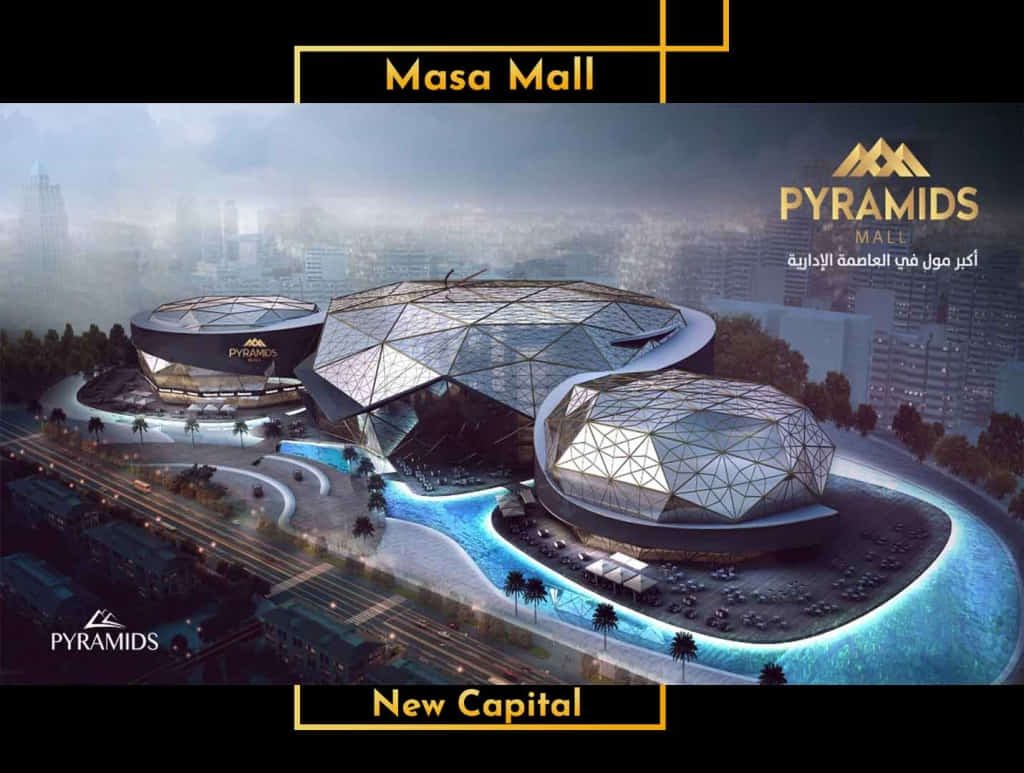 Masa mall new capital is one of the most famous projects of the Pyramids Real Estate Development Corporation in new administrative capital.

It is an excellent investment endeavor

as it combines a premium European style mall

and hotel units in a distinguished

strategic headquarters in all styles

And the main axes

and near many luxury residential areas

Which ensures the popularity of all projects.

Here are the general details

of that great commercial project. 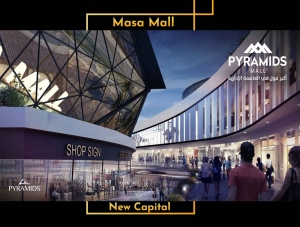 The Masa new capital is one of

the most successful projects in the new capital.

The Masa new capital is located

in the center of the country in the Downtown area

It is the most prominent recreational space

for promenades and shopping

Masa mall new capital is opposite

the most beautiful feature of new capital,

which gives it a beautiful landscape.

It is the government district,

and the central space.

in addition to it is in the center of the country

It is near to most residential compounds.

in addition to It is located next to the monorail,

which reaches all its neighborhoods

A privileged location next to the area of ​​banks,

and the House of Representatives.

near the Cathedral of the Nativity of Christ.

The location of Al Masa Mall is

also close to the mosque of

the Arab Republic of Egypt,

the largest mosque in North Africa

It is also located next to the main official sectors,

which are the petroleum establishments sector,

the aviation and tourism establishments sector,

the investment sectors, the medical sectors,

and the public entertainment areas.

and technology and computer markets.

you can reach the Egyptian Opera House

and the Capital Airport within a few minutes.

The Masa new capital is located

The main front of the mall is located

the possibility to design many medical units

The commercial and administrative matter,

which preserves the satisfaction

of the wishes of all investors.

The mall consists of a ground floor

In addition to five consecutive floors,

and the units’ spaces start from 25 meters. 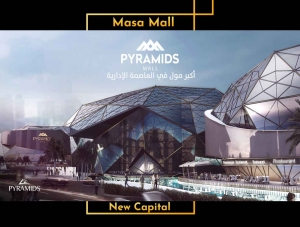 The mall is surrounded by green spaces

and a beautiful landscape

that provides a luxurious view for all units.

All units are finished to the highest degree and standard.

Its unique location on the main downtown

Which makes it serve many residential areas.

The mall has two main facades

and is minutes away from

the most important neighborhoods

And areas of new administrative capital,

also the financial and business district

in addition to the iconic tower, train station

also monorail that make access to the mall easy.

In the mall, there are pure entertainment services

for the first time on Egyptian soil

Most notably the water slides

and a great aquarium.

Many cafes and restaurants are available

which provide the most delicious food.

The mall remains a cinema complex

near a group of luxurious private rooms for meetings,

on clamshell with marble floors,

This allows each customer to choose

and implement the finishing that suits him.

There is an indoor commercial area

the prices are available to suit all investors

and the highest investment yield in the place

of buying and selling real estate in Egypt,

They are competitive prices offered

by the Pyramids Foundation

To be commensurate with the conditions

of each investor who wants to

in the economy in that luxury mall,

The investor pays 30% down payment

and gets 12% annual income until receipt,

The first installment is available upon

receipt of the unit.

35% down payment is written off,

and the investor will receive a revenue

of 14% annually until receipt.

Available to disburse the first installment so far.

The payment of a forty percent advance is completed,

and the investor receives a return

of 16 percent until receipt

With disbursement of the first installment after receipt.

The investor pays 5% in advance,

and pays 5% after three months

With the rest of the amount spent

and repair expenses are ten percent

and installments up to ten years

There is a ten percent repair fee

on a specified amount.

The payment of 25 down payment is written off

with the payment of the first installment

after receiving the unit.

With the possibility of

on a specified amount.

The business intends to introduce

It will be a surprise for the establishments market

in the Arab Republic of Egypt

and will be announced soon, publicly.

And that’s when the reservation starts at the mall.

The company will be the developer

It is the Pyramids Real Estate Development Corporation,

which enjoys a unique reputation

among the Egyptian real estate institutions.

The Pyramids Foundation was established in 1999,

and it is an institution of French origin.

I started in the actual real estate economy

To prove that she can do the job well,

Especially if you have a group of engineers,

On top of them, Mr. Hisham Al-Khouly

The Foundation rose by agreement

and signing a contract with Hussein Sabbour Foundation

It is one of the largest real estate development institutions

This cooperation resulted in a group

of giant projects in the Administrative Capital

And its common features are modern

In the heart of new administrative capital

in a unique location

It is close to all residential and vital projects,

and the main methods and axes,

it with pure entertainment services.

You currently have a unique investment possibility

do not leave it and book the unit

that suits you and take your project towards the future. 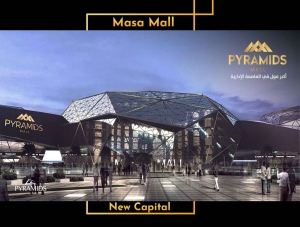 In addition to there is Masa mall new capital.