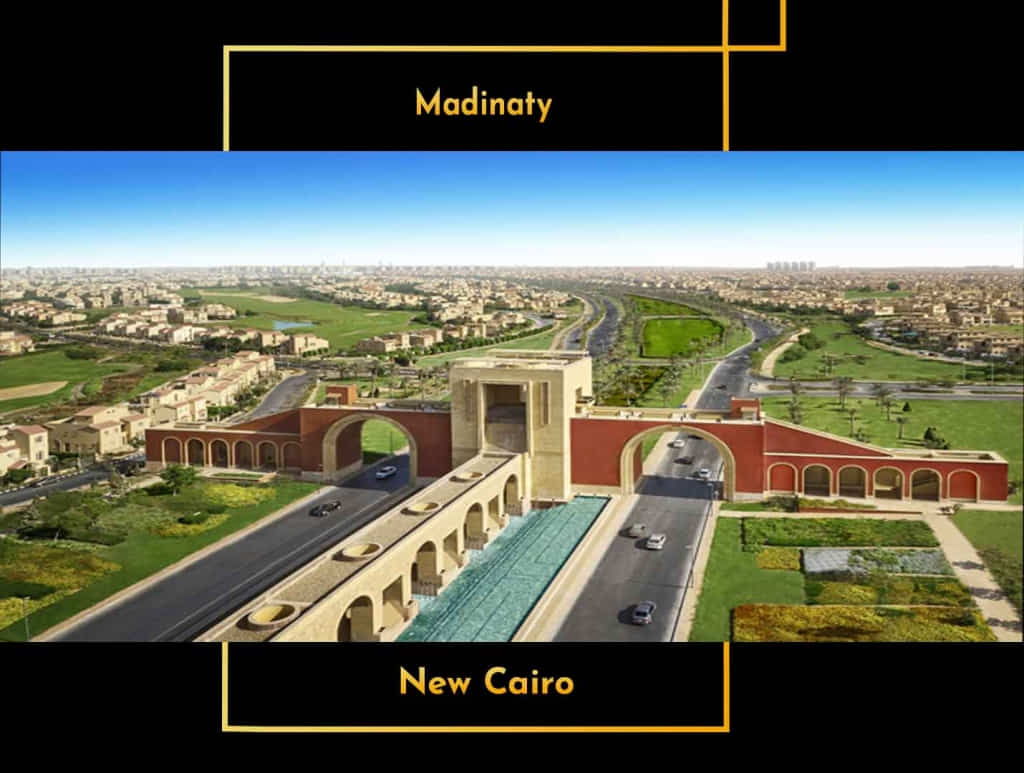 Madinaty New Cairo is one of the most prestigious cities that have been designed and recently established in Egypt, as it is a cosmopolitan city on Egyptian soil.

recently established in Egypt, as it is a cosmopolitan city on Egyptian soil.

made it a sophisticated city that combines modernity as well as luxury,

and has many services available for its residents.

Madinaty acts as an urban extension of New Cairo.

The Madinaty project represents a living model of global life on Egyptian lands.

It is not just a residential project, but rather it is an integrated city with all basic and

secondary services that will achieve a happy life in all its forms.

which is established in a modern style in order to provide an element of entertainment in every detail of the design, and it also gives its residents a character of

distinction just because they belong to that unique residential edifice.

10 kilometers long and 4.5 kilometers deep and 270 meters above sea level,

which provides a distinct atmosphere after the high heat,

and the project is equipped to receive and also accommodate more than Half a million residents in order to enjoy the services of my city.

Madinaty is located in the east of Cairo, where you can reach from and to it via the Ring Road,

which connects Madinaty with many areas such as Maadi and

also Mokattam without having to go through the traffic congestion in Cairo.

It is only 20 minutes away from a number of neighborhoods such as Heliopolis and Nasr City.

Madinaty in New Cairo is located very close to several areas such as,

It is also relatively close to other areas in the Fifth Settlement and the Police Academy.

the needs for the residents of my city, in addition to achieving

The group’s goal in the projects it offers is to provide happiness and well-being for its customers,

and Madinaty’s services include the following:

the development and completion of the project’s phases,

the existing residential areas as well as building services.

Shopping in my city

the needs of its residents without having to leave them,

and among the shopping areas are:

Arabesque Mall, which is like a mini-mall that contains a car park, some cafés, bakeries,

telecommunications services, and a pharmacy.

There is also in my city the South Park area, which is a magnet for residents and

contains a supermarket and also a school, as well as a central bus station for the cities of Food Court,

in addition to the presence of the administrative headquarters of Madinaty .

There is the so-called Central Park, a place designed in the style of Egyptian public gardens

, but with a modern framework for strolling while shopping.

Bank branches in my city

Madinaty was designed as a special area that contains many branches of huge banks within the project in order to make it easier for the residents to meet their interests from within my city as well as to preserve their time, and these banks include:

Schools in my city

My city provides several options for parents about the schools available in the project, not only this, but it also provides academies specialized in various languages, and also from the schools in my city are the following:

Madinaty provides medical services at the highest level represented in hospitals equipped with the latest equipment, as well as technologies and comprehensive clinics in all neighborhoods of the project in order to include all specialties to provide comfort.

The project has a Madinaty Sports Club on an area of ​​200 acres in the city center, as well as some academies specialized in teaching sports in all its categories, such as:

The building areas include buildings with a variety of designs,

as they contain apartments that meet all needs as well as tastes.

Most of its ground floors feature private gardens overlooking the public gardens,

and all buildings have elevators.

Advantages of living in Madinaty apartments

The apartments are characterized by good ventilation and lighting,

and therefore better health, as they have more than one corner and

every building in my city overlooks green areas. Privacy in my city is respected.

It is not allowed to have commercial activities in residential buildings,

and there are large spaces designated for cars in front of the buildings.

Advantages of living in Madinaty villas

As for the villas, they overlook huge green areas as areas for golf, with artificial lakes in the middle,

which gives these villas huge advantages.

The villas’ spaces vary in order to meet all needs,

with spaces for private gardens, according to the client’s needs.

compared to many of the services and facilities available within the compound,

the compound so that customers enjoy the greatest amount of healthy life as well as comfort and well-being .

The price per square meter for apartments ranges from 12,500 pounds,

while for villas, the price per square meter ranges from 18,900 pounds.

The prices mentioned are identical to the last quarter of 2018.

The company that owns the project has put forward a set of payment systems in order to suit all customers.

Madinaty is one of the largest and most important projects of Talaat Moustafa Holding Group,

the Middle East as a whole, with an experience in

the labor market that reaches about 50 years of experience in development and countless achievements,

as it has developed what is equal to 33 million square metres,

as well as its leading role in establishing integrated urban communities with various units suitable for all diverse segments, from medium to above.

The company has built a lot of cities and also integrated urban communities,

which are very famous in Egypt as well as the Middle East,

as they provide many services and also features that would achieve maximum luxury as well as comfort and provide a quiet life away from the congestion and overcrowding prevalent in populated areas in the heart of Cairo,

and the following are the most important projects.

Note that the prices as well as the spaces mentioned in the article are for the first half of 2018, and therefore are subject to change, and we are keen to update them constantly in order for the customer to be aware of the changes in the real estate market.