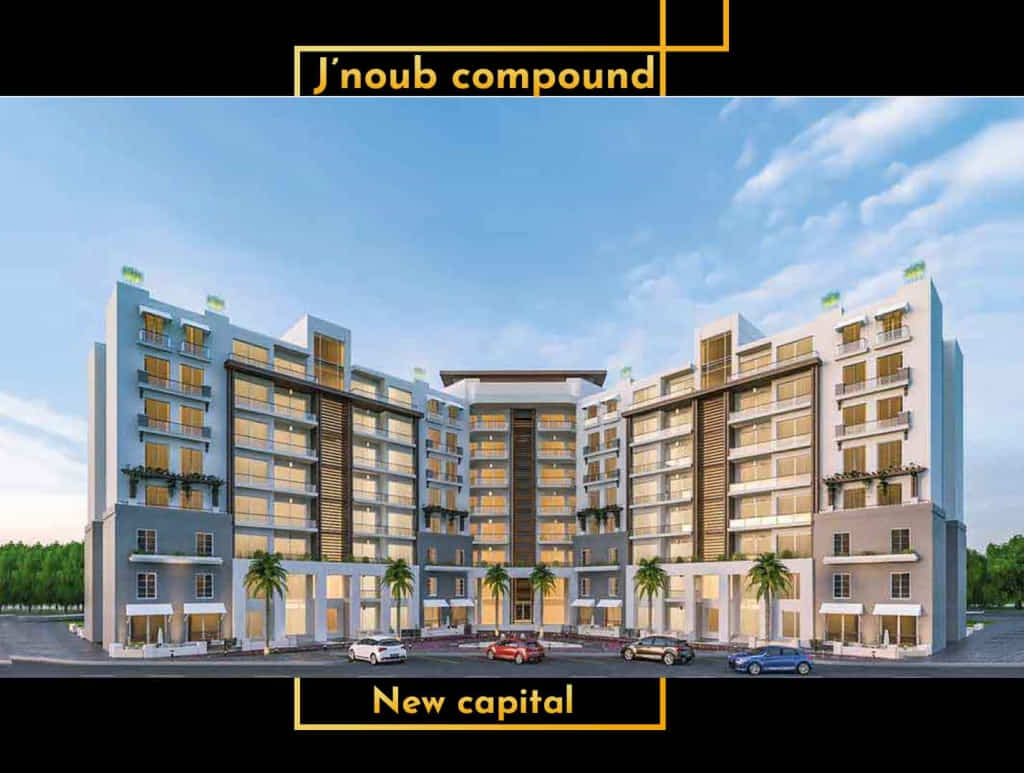 and is close to the most important sites. J’noub Compound was designed in the classic style because it is

the most important version of the Eastern Urban Development (OUD), Which is considered new administrative capital.

The units and spaces in the compound vary to meet all tastes and needs, Because it provides you with the highest 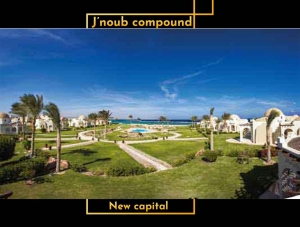 and the exhibition city. Due to its proximity to the eighth residential district

This is the latest and very distinctive new administrative capital project.

It is also located near the British University BUE. It is only two minutes away from

the complex of schools and hospitals. The compound is also located south

of the Administrative Capital, It is located just minutes from the Green River,

the largest park in the world. It is also located opposite the diplomatic area.

It is about 15 minutes from new Administrative Capital Airport and the Presidential Palace.

The cathedral is also a few minutes away. The compound is also located

in an important area near all the main roads. It is located between the Cairo-Suez road

and the Cairo-Ain Sokhna highway. It is also located east of the Regional Ring Road.

a villa in a compound building south of new administrative capital starts from 20,000 EGP.

The compound also provides all services and facilities to meet the needs of all family members,

This makes it a small, integrated city that does not have to leave.

Especially since every client wants privacy in the unit they live in,

And this is what it brilliantly achieves for you in J’noub compound new capital,

Because the number of units is very small compared to the area.

In addition to the first payment of 10% and the rest 7 years. These units are delivered as semi-finished products

It can be supplied with Super Lux finishes in the form of finishing as per your requirements. 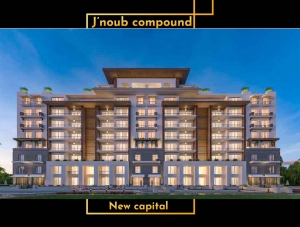 The area of ​​J’noub new capital is 48 acres, Many buildings have been designed in the compound.

It differs between buildings containing regular apartments or duplexes.

8 floors (ground + 7 floors). The design of the courtyard on the southern side

of the administrative capital is also characterized by the small number of buildings.

There are only 23 buildings built on the total area of ​​the project,

The remaining space is allocated to green spaces and service facilities.

and the compound In J’noub compound new capital, an excellent choice for unit space.

It is suitable for those who need small space, medium space and large space.

In addition, if you are looking for a villa for immediate delivery in new Administrative Capital,

There are villas for sale in the destination complex in the third residential area.

also J’noub compound new capital is available with many services and features What makes it different from other arenas are:

There is a large area of ​​landscaping and the allocation of an artificial lake, In order to achieve psychological comfort for customers.

Ninety percent of the units in J’noub compound new capital

overlook the most beautiful landscapes with a beautiful view.

J’noub compound new capital contains all main and entertainment services Which makes it an integrated city.

You can also find great landscapes and bike paths As well as corridors for lovers of walking and running in J’noub compound new capital.

There is a huge underground garage in J’noub compound new capital.

It also provides a dedicated area for children’s entertainment, In addition to a dedicated shop area that includes shops, restaurants and cafes.

There is a circular path around each group of buildings to reduce the distance vehicle travel and improve the safety rate for children’s movement.

Especially that J’noub compound new capital is environmentally friendly, This is because the project uses non-carcinogenic materials in the building and also uses solar energy.

It is a new project for the Eastern City Development

It is one of 26 other companies in the Oriental Weavers group.

Founded in 1994, it is a joint stock company with investments of more than 3.5 billion US dollars,

It covers many fields, the most famous of which is tourism and agriculture.

The Eastern Company also won the International Cityscape Award As the best company to implement the coolest project design in Egypt.

Al Yasmeen is the first compound in the Tenth of Ramadan City.

The Fountain Park in the Fifth Settlement, which contains the first dancing fountain in Egypt.

Baron City on the Ring Road. 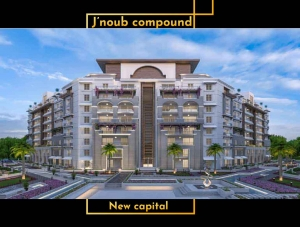 J’noub new capital is one of the most important residential projects in the capital.

The southern part of the compound overlooks 5 corners, Which has far fewer residents and buildings than any other residential area.

The project is located in the seventh residential area, directly in the diplomatic area, This ensures that its residents enjoy a high quality lifestyle and social level.

The compound also overlooks the most important roads, allowing easy access to any place such as Ain Sokhna Road and the Regional Ring Road.

In addition to the huge commercial shopping center, The compound also provides a private road for each building and a car park.

Own your unit in Nanda Yard in the middle

of the administrative capital at the lowest price per square meter.

Important areas and main roads in the new administrative capital. Do not miss this opportunity,

book your luxury unit inside, Enjoy its many benefits, and you will find a new,

you with the best prices.

The community includes a group Of the most important residential areas

Many of the capital’s main landmarks are In addition to the seventh residential district,

The most famous of them are the government district, In addition to ministries and agencies,

Also The presidential palace In addition to the diplomatic district. The seventh district is also close

also the medical city, the railway station And the convention center In addition to Al-Fattah Al-Alim Mosque,

Also It can also overlook many main roads, The most attractive of which are. Also There is J’noub compound new capital

The eye-catching area is the regional ring road, In addition to This connects Suez Road on one side

In addition to Except for a huge mall, This is being implement By the well-known Al-Futtaim Group,

Which are evaluat according In addition to international standards.

Do not miss this opportunity Also to book your unit In J’noub compound new capital.

In addition to there is the government district That combines among the most prominent services,

And nearly 18 ministerial properties, In addition to the presence of the Presidential Center

And other presidential buildings in it Also parliamentary buildings and cabinet buildings,

Also Universities are available in the new capital, There are divisions of a group Of international universities,

Be design on the latest models That mimic international layouts

In addition to there is J’noub compound new capital.

In addition to Sports fields, Also tennis courts, basketball The level of Africa is completely in the new capital,

As it reaches a height of about 345 meters. In addition to there are a lot

For sale in new administrative capital. In addition to there are houses of worship

It has 4 minarets and 21 domes. In addition to the mosque can accommodate

Approximately 17,000 worshipers. It is in a similar way that the new capital

Also largest cathedrals in North Africa and the Gulf It was built on 15 acres (7,500 square meters)

To accommodate 1,000 people In addition to the power station is

Available in new capital, Equipped with all necessary services

Of the sewage network, water, electricity,  In addition to the power station is one of

Also there is J’noub compound new capital The most necessary services in it.

And the German company “Siemens”. In addition to it is located on the Ain Sokhna road