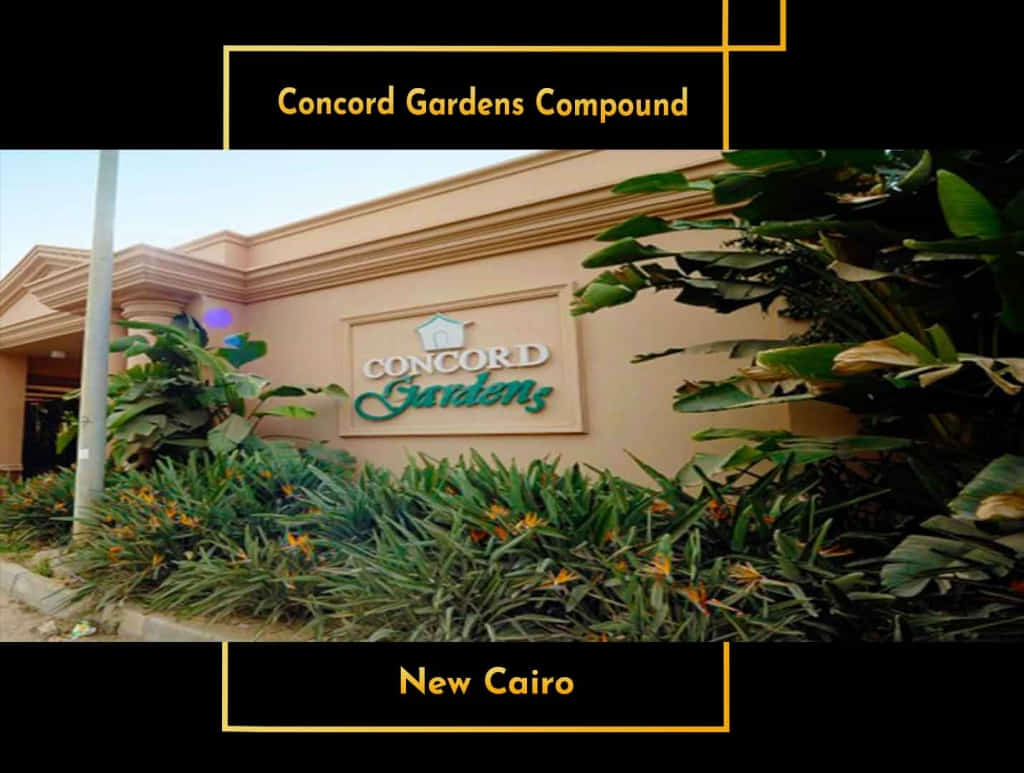 Concord Gardens Compound New Cairo It is a huge compound implemented by Concorde Engineering and Contracting, located in the city of New Cairo, which was built on a total area of 70,000 acres.

and the area of ​​urban buildings in it reaches about 67,000 acres of the total area of ​​the city.

Such as: the Concorde Gardens compound and project,

which characterized by the presence of a security system and also gates surrounded by a special fence;

Which provides the protection, security and privacy that characterizes every residential compound,

away from the noise and daily traffic jams.

in addition to a large number of different apartments,

as well as duplexes, as well as twin houses. Concord Gardens Compound was implemented on a total area of ​​60 acres,

88% of which are gardens, green spaces and services. 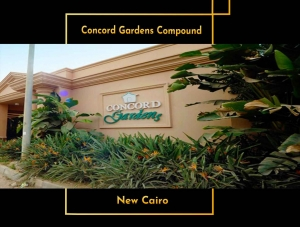 Concord Gardens is located in the heart of the most prestigious compounds in New Cairo,

specifically on El Gezira Street in the Fifth Settlement,

and it is one of the most upscale neighborhoods in the Fifth Settlement;

The compound is only one kilometer from the American University in Cairo,

and it is located near Leaders Language School, only 10 minutes away,

and only 5 minutes from the 90th Street.

Concord Gardens Compound is characterized by the presence of a Clubhouse on an area of ​​8,000 square meters,

in addition to the following distinguished services:

The architectural block in Concord Gardens was built on an area of ​​87,411 square meters,

12% of the total area allocated to the project,

with 123 luxury villas, in addition to a number of other villas under construction,

and also many apartments for sale in Concord Gardens at affordable prices.

Each villa contains a basement or ground floor,

first and second floors, and also a service room.

The green spaces as well as the landscaping occupy an area of ​​24,000 square meters,

As for prices, Aqarmap is keen to constantly update the neighborhood price list in order for

the consumer to be constantly informed of

the latest updates in the real estate market through the price guide in the best neighborhoods of New Cairo,

as well as we measure demand indicators through the Masharef index.

Concord Gardens is one of the high-level compounds;

Where it dominated by villas more than other units;

So far, more than 123 luxury villas have been built at the highest level,

and there are other villas under construction.

The percentage of built villas occupy 87,411 square meters of the total area of ​​the compound,

and each villa contains a ground floor or basement, as well as a first floor and a second floor.

In addition to the villas, there are also apartments, duplexes and twin houses.

Whatever unit you will own, all unit designs are very elegant and also sophistication. 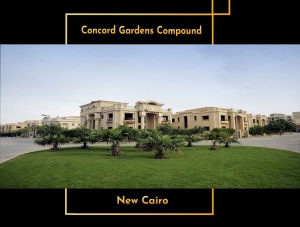 also the facilities available within the compound,

which provide a large amount of entertainment and

the greatest amount of healthy life as well as comfort and also luxury.

The real estate developer has developed a distinct set of payment methods in order to suit all clients.

Concord for Engineering and Contracting is the owner of Concord Gardens Compound in New Cairo, and it is a private Egyptian company affiliated with the Construction Contractors Consortium.

developing a number of important national projects; Such as:

the development of the Martyr Ahmed Hamdi Tunnel,

as well as the residential complex project in the Administrative Capital,

as well as the tunnels project in Ismailia, and also the Latin Quarter project in New Alamein.

In addition to projects in various fields, including the following:

Works of water and sewage networks and stations.

Advantages of housing in the Fifth Settlement

The Fifth Settlement is one of the areas of New Cairo, and the Concorde Gardens project is located in it.

The Fifth Settlement is distinguished by its advanced structural plan,

as well as its continuous development; This is the reason why the Fifth Settlement is famous for its luxurious designs,

as well as the sophisticated concept of architecture in it.

as well as the Islamic architectural style.

The Fifth Settlement area is distinguished by being one of the areas suitable for family housing;

This is due to the presence of educational institutions as well as residential complexes and entertainment places in them,

starting with schools and universities such as: the German School in Cairo,

and also the American International School, as well as the Modern English School,

as well as the International School of Choueifat.

As for universities, they include the German University in Cairo,

the Canadian International University in Cairo, the Police Academy,

the American University in Cairo, and the Future University.

In addition to the distinction of the Fifth Settlement area with the famous sports clubs such as: Al Tayaran Club,

Advantages of living in a compound in New Cairo

New Cairo is located in the Cairo Governorate,

as well as the Cairo – Suez Desert Road.

The climate of New Cairo is a desert climate characterized by a low temperature,

compared to the rest of Cairo Governorate, by about 5 degrees Celsius.

This is due to the city’s height above sea level, which makes its atmosphere relatively pleasant.

The best neighborhoods in New Cairo to live

The city of New Cairo consists of a group of communities and also residential communities,

the type of housing varies between economic housing,

as well as medium housing, as well as above-average housing,

as well as luxury housing,

and the population of it is approximately 5 million people.

and the Fifth Settlement.

The advantages of living in a compound over economic housing

The residential compound is also characterized by the unit of construction in it for each section expresses a specific type of unit,

and there are abundant open green spaces in the compound,

with green spaces obtaining the largest proportion of the total area of ​​the compound,

which allows the renewal of air and

the best neighborhoods of the compounds in the assembly Fifth

the Carnation district, and the Beit Al-Watan district,

The Diplomatic Quarter, the Narges District, the West Golf District,

and the Choueifat District. The Fifth Settlement also known for its 90th Street, along the central axis of Cairo.

And also get fresh air, and also enjoy the beauty of nature and also the scenic views.