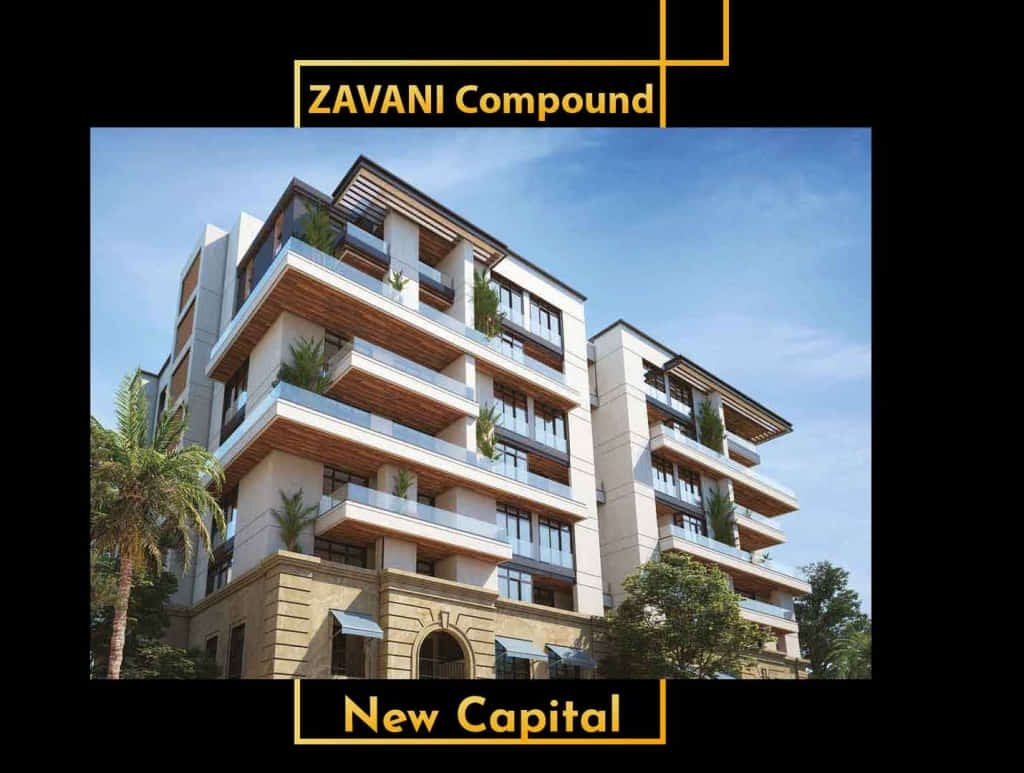 next to the diplomatic district,

The Zavani project gives you

And around the rest of the high-end services

that as long as I wished.

if you are looking for

All options are available to you within the upscale Zavani.

For all the time, the biggest goal of

the Zavani project was to satisfy the investors 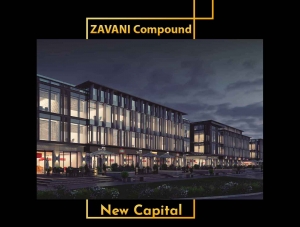 in the residential neighborhood R7,

Plot E1, Next to the Diplomatic Quarter,

It is located near The Loft New Capital Compound.

by its high-end modern designs,

And its internal division,

which achieves you the highest rate

It gives way to the largest area of ​​green spaces,

And the lakes that give the residential units

the most beautiful view,

in addition to the wide streets.

The lowest area between the buildings

within the compound is estimated at thirty m.

The largest place between

the buildings is about eighty m.

Then you will enjoy all your privacy in your apartment.

Compound Zavani New Capital for ease of movement to

and from it, two entrances have been made,

One of them is in the embassy district meeting immediately,

and it is the district that will

include all the embassies’ headquarters.

by the highest standards of serenity,

The entire project is surrounded by a wall

with a height of about 3 meters,

and the closest building

to the fence is 18 meters high.

To give you the high-end life of the compound

that you have longed for,

and the various services around you. 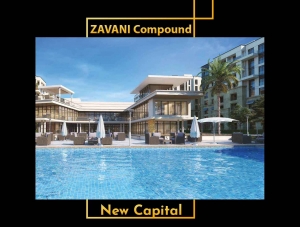 the area of ​​33 acres in the heart the new capital.

The percentage of construction

from the total area of ​​

the project is about twenty percent.

The rest is for services and landscaping.

will be implemented in four periods,

It has residential units, duplexes in the garden,

and penthouses with roofs.

The buildings within the scope of the Zavani project

remain floors that include 3 housing units,

And other floors with 4 housing units,

and each building has 2 elevators.

in Compound Zavani New Capital give you alternatives

between the ground residential units in the Garden,

as well as a penthouse with a roof.

As for the services of

it is a compound that has all the services available,

Especially since the consultant specialized

in the project is Engineer Mohab Safwat.

Which is considered one of the most engineering minds,

He promoted the designs of many distinctive layouts

for the largest and most important projects.

There is a club house on a place of 4 acres.

interspersed with the units,

offering the most beautiful view.

There is a gym and a spa

Security and guarding on all the time.

All that and more is provided to you

between the ancient and the new.

are considered one of the lowest prices offered

Within the new administrative capital, without a doubt.

There are residential units

that will be delivered 1/2 finished

The delivery date will be within 4 years

from the date of contracting.

This allows you to have a home with all services

and in convenient installments.

There is a 0% down payment

and the rest of the unit value is paid over 4 years.

A 0% down payment is available

and the rest of the unit cost is paid over 5 years.

There is a 0% down payment

and the rest of the unit price is paid over 6 years.

A ten percent down payment is available,

and the rest of the unit cost is paid over 9 years.

There is an 8% down payment

and the rest of the unit cost is paid over 8 years.

A 7% down payment is available,

and the rest of the unit value is paid over 7 years.

the best services, and the lowest value.

There is nothing more elegant than the vast areas

in front of you from gardens and landscapes,

And various entertainment services around you.

Within the scope of Zavani compound new capital,

you will find all your requirements for you

and your family members,

the honor to launch its first project

Through him, the Corporation has hired one

of the largest engineering consultancy offices,

For the work of Master Plan,

which is the well-known In House office.

Progate Real Estate is an organization

with more than ten years of experience

In the field of real estate development,

it is owned by Eng. Mohab Safwat,

more than 152 buildings in Al Shorouk

At the moment, the Centro Mall project is taking place.

It is a wonderful administrative commercial mall

in the 5th settlement in front

of the American University

It will be delivered late this year,

and it is considered one of

the most luxurious malls in the assembly.

Just as it has a massive tourism project

that is expected to be released this year

Below the name of The Lucky Resort,

there is a lawn walk in the Red Sea.

its first project within the capital.

Progate Real Estate is distinguished from

the rest of the real estate development institutions,

It has four other institutions under its umbrella.

and thus closes the door in the face of dealing

with any other institution,

This is a very positive point,

as it relates to adherence to standards

in addition to deadlines for delivery.

with various new possibilities to establish

Project Foundation is the institution based on taking,

in addition to finishing and various details.

Mohab Safwat, the consultant on

The dedicated masterplan office is the In House office.

The Zavani new capital is located

immediately opposite the diplomatic district,

And it has a huge shopping mall on this unique side.

The project is built on a place of 33 acres,

and services and landscaping reach

The distances between the buildings

vary from thirty to eighty m.

and penthouses of different sizes.

enjoy an excellent view of

the most beautiful green spaces,

in addition to lakes, and services.

The project includes a club house

in addition to the area of ​​4 acres,

with a gym, spa, jacuzzi, etc.

The price per square meter is considered

one of the lowest prices offered

These features and more will be found

in addition to credibility in all of its projects

that it presents to its valued investors,

in addition to satisfy them.

Do not pass up the opportunity

and book your high-end unit within 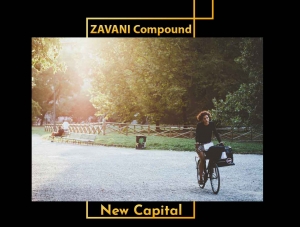 In addition to there is Compound Zavani New Capital.

The level of Africa is completely in new capital,

It considered as one of

Which considered one of the

In addition to it launched under an agreement