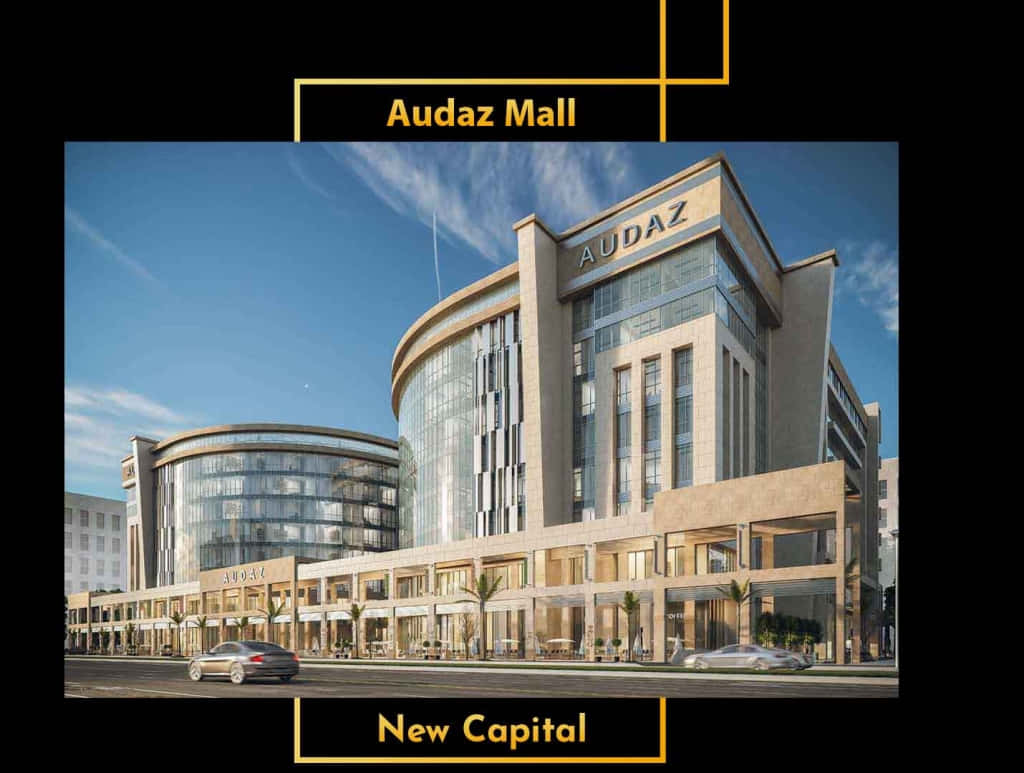 What distinguishes it from other projects,

As a result of its strategic location, 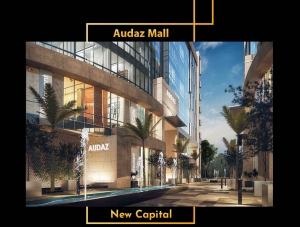 Audaz mall new capital is one of the

in a privileged location in the New Administrative Capital.

on the side facing the government district

in the administrative capital

and specifically in the heart of the financial district,

This area is characterized by

Which makes buying a unit in the mall

commensurate with the different needs

of investors and their purchasing capabilities,

Therefore, this mall is considered one of

the finest complexes in the New Administrative Capital.

Because of its advantages in prices, region, 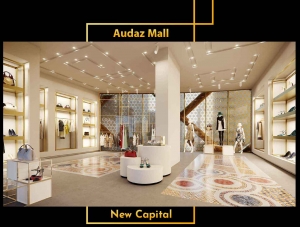 Audaz is a Spanish word meaning

the brave one who is not afraid of anything.

This is the meaning that the Gates Foundation

to convey to investors.

This is illustrated by the preparation of the mole.

by its luxurious location,

It is located in an area near vital locations

in the administrative capital.

Therefore, it is one of the most common

reasons for his winning as a business.

will be next to the Al-Massa Hotel,

specifically in the business and financial district.

It is located next to the Council of Ministers,

the House of Representatives,

The mall is located on the most

vital headquarters in the administrative capital,

which is the axis of Mohammed bin Zayed.

specifically on the street

in which the Council of Ministers stays,

next to the Suez Canal,

and the building specialized

It is within walking distance of

the new airport in the Administrative Capital.

is located in a distinguished headquarters

Near vital landmarks in

the modern administrative capital, which are:

Audaz Mall remains next to the English University.

The mall is located very

close to the diplomatic district.

Just as it is near the green river.

next to the Presidency of the State district.

The mall happens next to the Egyptian Opera House.

Audaz Mall is a small distance from Mega Mall.

It happens next to the central commercial space

After all the previous data mentioned,

be in the most proficient

and authentic parts of the new capital,

Which makes it a very big

investment potential for all investors

Those who own an administrative,

commercial, or medical unit within the mall,

Due to the large number of people

in the surrounding area of ​​the project.

The total area has been allocated for

For the establishment of Audaz mall new capital,

and it is calculated from the bilateral malls

which contains two buildings A and B,

and contains a large amount of different units,

The area of the units of Audaz mall new capital:

It is a dual mall that includes 2 properties,

knowing that it includes a ground floor,

In addition to seven upper floors.

Audaz mall new capital consists of two buildings A, B

They are divided as follows:

Buildings A and B contain the units

Which are suitable for various commercial

activities on both the ground and 1st floors.

that can be medical clinics

in various branches of specialization,

This starts from the 2nd floor

up to the 7th floor of the property.

Property B includes units that are

So starting from the 2nd floor to the 7th floor.

within AUDAZ Mall to suit all purposes.

It is summarized in the following lines:

Units suitable for commercial activity on the ground floor,

It remains with areas ranging

on the largest floor,

Its area varies from a minimum of 19 square meters

to a maximum of 75 square meters and a larger one.

Units that are suitable for administrative activities

Its areas vary from 52 square meters

provides a variety of services,

which are summarized in the following:

Audaz Mall is characterized by the availability

and a high-level security system

to provide security and safety for investors.

Keep within the mall warning supplies

to alert in case of fire and emergency,

In addition, new dampers are available.

There are five elevators left

in different properties within the mall.

Stay within the mall’s luxury spa

and gym on an upscale level.

The mall has a service function as a reception for investors.

In addition to supporting investors

to save other means of rest for mall goers.

with the latest audio and video technologies.

The mall is under the shape of one of

in the field of major malls interest.

a place for children’s games remains.

And equipped with the latest methods

of reassurance and safety to preserve children.

the finest packaging and decorations, inside and out.

complete repair services are available for all infrastructure.

After all those features

We find that the Gates Corporation

for Real Estate Investment has taken great care and scrutiny

to provide an integrated mall

that includes all the services needed by investors,

In addition to that, the high-end decorations

that make it resemble the highest

and most famous malls on the international average.

has been keen to save units

at distinct and variable prices

It is suitable for all investors

In addition to this, the availability of

the rest of the foundational structure

that bring pleasure and prosperity to investors.

The prices of the units

range are distinguished by the fact

that they are located for all investors,

As for the final equipment and decorations,

they are according to the investor’s desire.

As there are units that have been written off as fully packed,

And there are other units

that will be delivered with 1/2 packing,

according to the owner’s desire.

easy payment systems for all its investors,

The investor pays a contract advance

upon booking the unit at a price of

only ten percent of the total unit price.

The remaining amount is available

Note that it is planned to deliver

The commercial establishment that

and its past business:

The developing company is considered

one of the most important

Which makes it one of

the great entities in that field.

The philosophy of the Gates Real Estate

Corporation is based on the complete belief

in the extent of the headquarters’ influence

Which resides the human being

on his existence in the world in general.

The Gates Foundation is constantly keen

On a high level of accuracy,

Regarding the initial designs

and even the closing periods.

The institution incites the strategy of

its projects in a bold and different way,

With attention to designs borrowed

from the beautiful nature,

unlike other typical strategies.

One of the best projects of the Gates Foundation,

which is characterized by a diverse and advanced design,

is Catalan Compound in the New Administrative Capital.

Which is implemented by the Gates Foundation,

which is being set up in the middle of

the financial district in the New Administrative Capital,

there are a number of major malls, banks,

and the headquarters of stock exchange institutions.

The financial district in the new capital is

also expected to contain a number

For everyone who wants to own a unique unit

to be exploited in various commercial, medical,

Hurry up to make a reservation

to get a unique unit 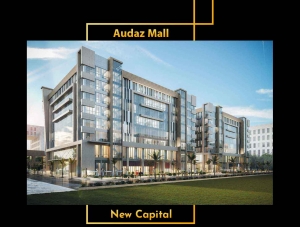 In addition to there is Audaz mall new capital.