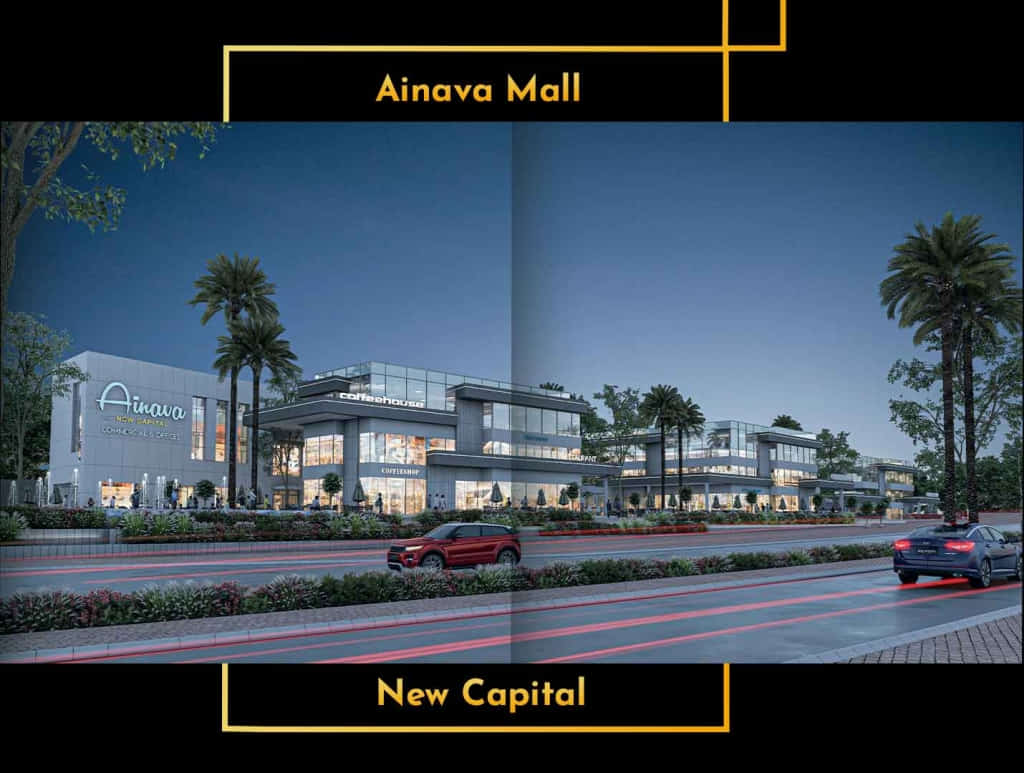 It is located in the most important parts of the capital,

such as the R7 River,

in the seventh residential district

It is near the University of England

and the Green Zone.

and administrative offices of

It is surrounded by

all modern services and facilities.

This is part of Scenario project,

The company’s first project in the capital,

with investments of approximately 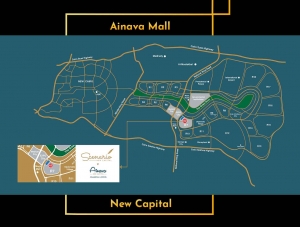 of the proposed housing project

It is located in the best location

in the seventh residential district

Be near the British University

in Egypt and the stadium.

next to the government district.

It is next to the Green River,

the Medical City and the Diplomatic District.

There is a central business district (Mega Mall).

ainava Mall is also located near

the most important roads and main axes

The most famous of them are the Ain Sokhna Road,

the Regional Ring Road, and the Bin Zayed Axis.

Ainava Mall new capital will be

A high-end commercial or administrative unit

with the best location

in the administrative capital.

With stunning, modern and exquisite design,

It was completed by the great engineer Yasser El-Beltagy,

The company has successfully

managed a solid portfolio of projects

She has completed nearly 1,200 projects so far.

The investment portfolio of these projects varies

Many real estate developers benefit from it.

Participated in about 33 international competitions

inside and outside Egypt

He received many awards during that period,

He is currently preparing designs

and engineering drawings for

a large number of residential projects.

There are a total of 15 projects distributed

in the new city of Alamein

and the new administrative capital,

At a construction cost of

In the latest architectural design for

the office of Eng. Yasser El-Beltagy 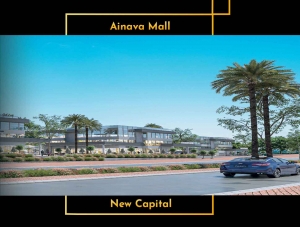 The rest will be green areas and water bodies.

You will find that Akam has always been passionate

about making your life easier;

By bringing everything you need around you to the mall.

on the first floor of Ainava mall new capital

With an area starting from 47 square meters

As for the upper first floor,

And shops ranging in size from 45 square meters

The upper floor of the second floor

With an area starting from 39 square meters

Know that more space can be provided

if the customer needs it.

is a Mashhad project for world-famous

and a variety of drinks.

You will also find a banking area

There is a wonderful rooftop garden

with a place to relax

Or work under the most beautiful open view.

Each floor of the mall has a men’s bathroom

and a women’s bathroom.

An underground garage with an area

and a storeroom is available for rent.

There are 8 entrances, including private entrances

And a reception area on the second floor,

which includes clinics and offices.

There are also 10 elevators

The entrance to the mall comes from

the compound directly from the first floor.

Especially since this project came;

In response to the high demand from customers,

On the purchase of commercial

and administrative units in the capital.

you will find them as follows:

There are unit prices in

The prices of square meter for

While the first floor units are fully finished,

As for clinics and offices on the second floor,

it will be delivered fully finished with air conditioning and bathroom.

Installment systems for the units of

You will find several systems,

including a payment system over 6 years,

requiring a 10% down payment.

Or a payment system over 7 years

after two years is required.

and requires a 20% down payment.

Or a payment system over 4 years,

requiring a 25% down payment.

It is an Egyptian joint stock company,

and a Saudi company.

It is one of the very strong companies,

Speaking of its investment strength,

we find that it consists of:

which has more than 20 years of experience,

in the Egyptian market,

It is the developer of Tulip Resort

and Aroma in Ain Sokhna.

Benayat is an Egyptian company

It built several hotels in the Red Sea,

such as the Tivoli Hotel in Hurghada.

In addition to administrative

and medical buildings in El-Shorouk

in addition to the Fifth Settlement.

As for the Saudi partner,

it is represented in Al-Muhaid Holding Company

It has more than 25 branches around the world,

and its business in the Kingdom is well known;

For its work with the Ministry of Housing,

the Ministry of Defense,

the Ministry of Economy,

The project is located in the best location

in the seventh district,

next to the British University,

Through which the company provides;

For clients, apartments and duplexes.

With spaces starting from 132 m2

All units enjoy a wonderful view of

the green spaces and water bodies. 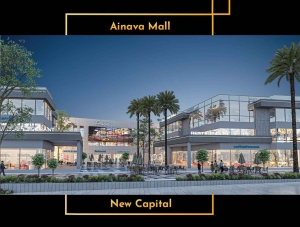 There is an underground garage

There is also a clubhouse + gym

with an indoor swimming pool for women

In the Ainava Mall new capital, there are 4 gyms.

You will also find 4 swimming pools.

You will also find a children’s theater

There is a central kitchen

The buildings consist of ground + 7 floors

hotel entrances for each building.

We also note that the distances between

According to the customer’s desire.

a distinct package of prices

within the Scenario Compound,

Where the price per square meter

And for full finishing from 14 thousand pounds.

So, whatever your needs are residential,

You will find it inside the integrated

Among the most prominent of

these services, the commercial area,

It is located in Ainava mall new capital,

which will bring you the best

It is the first sports compound in the capital.

In addition to there is Ainava mall new capital.