Cresta Bella Hills New Cairo , or as it is known as  Project

, is one of  Saudi-American Group Real

It is the first residential real estate project of the Kingdom of Saudi Arabia American Real Estate Investment Corporation,

in which it invaded the Egyptian stores with its distinguished architectural character,

which combines the ancient Arab and modern western forms, in the most magnificent bottom of Cairo,

the capital of Heliopolis, in the heart of the 5th settlement, in a simulation

of the picturesque civilization on the land of the Republic The Arabian Egypt.

Its spaces start from 175 square meters.
It is agree to deliver the units with the customers,

Project area: 33 acres
Its spaces start from 225 square meters.
It is agree to deliver the units with the customers,

Project area: 33 acres
Its spaces start from 165 square meters.
It is agreeto deliver the units with the customers,

It takes place in the heart of the twenty-third plot of the Hope Triangle, which is very close to the New Administrative Capital, which overlooks the large number of vital sites surrounding it, as follows:

(SAG) Corporation provided the pioneers and residents of the compound

with a large number of services that distinguished it from the rest of the residential communities around it,

the most important of which are the following:

in addition to New Cairo for the establishment of its massive project, so that buildings and units occupy an area of 22.5%

of the total land only, and the remaining 77.5% was divid between crystal lakes, fountains,

green spaces and the tourist walkway. .

latest architectural styles, so that each residential property consists of a private garage

and a ground floor followed by four upper floors, and each floor is divid into four units of different areas,

as for the roof of each lost property divided to many rooms.

Within the Cresta Bella Hills compound, there are forty 100 housing units of different sizes,

all of which enjoy independent privacy and suit the needs of other types, and the spaces are as follows:

The institution adopts the Kingdom of Saudi Arabia of America view of offering units at costs outside the scope of the tournament to enjoy the largest amount of sales, and thus the following prices were put forward:

SAG Corporation has a variety of payment systems to facilitate the acquisition of the most luxurious units in the most luxurious housing conglomerates among its various customers, as it expressed that the units of Christa Bella Hills were delivered in full in December of 2022, and the payment takes place by a large number of systems that can be listed and in the following lines:

The (Saudi American Real Estate Investment Group) is the owner of the performance of its largest Egyptian project, Christa Bella Hills, an institution under which a group of the best architectural and real estate institutions in the world fall.

in addition to It established in the state of Texas, one of the United States of America in the year 1994 AD by the genius engineers M. Mashaq Najjar and M. Basil Najjar, and it cooperated with the (Olivia Homes) Foundation, which established in 1991 AD to establish their first projects within the scope of Saudi Arabia in 2007 AD Shara (Sahari Contracting).

It combines the Egyptian, American and Saudi experiences, which creates a distinct entity of its kind in the field of real estate buying and selling, an advantage over its overwhelming financial assets that provide it with strength in the development of major projects.

The Foundation has built many projects within the field of the Kingdom of Saudi Arabia, as well as America, and it is time to dazzle the whole world with its Egyptian projects, and it has chosen the Arab Republic of Egypt for its unique climate that attracts investors from all sides.

It characterized by its multiplicity of fields between contracting and construction, repair, design, and technology, and it presented a precedent of great deeds in America, Saudi Arabia and Egypt, the most important of which are the following: 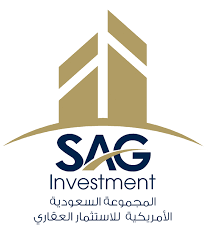