Bo Sands Village North Coast , or as it is known as  Project

The Maxim Real Estate Development Corporation launched the Bo sands North Coast project, which is considered a recent boom in the world of establishments, as all vital and entertainment services have been saved within the scope of the project near the existence of prices commensurate with all rates, just as it has been noted that there are a number of various payment systems, you will live in The scope of an integrated village is not lacking in anything.

Bo sands North Coast is one of the best villages in the northern coast in Sidi Abdel Rahman. The village is designed on an area extending to 300 acres and the buildings occupy an area of ​​20% of the total area, and the rest for green spaces and services, designed on the bohemian appearance, and the name Bo was chosen for the village, which is a summary of bohemianism .

Where is The Project Located:

Bo sands North Coast was established at the 120th kilometer in Sabil Matrouh _ Alexandria, as the village overlooks an amazing beach that makes it a suitable place to relax and spend the most beautiful periods with friends and family, just as the distance between the project and Marina Village is about 15 km away from Alexandria by about 120 km, close to the modern town of El Alamein.

There remain a number of privileges that make Bo Sands one of the best tourist resorts that you can live in. Among the most important features of the village are the following:

It contains all the vital services and entertainment that you and your family will require, so you will not have to leave the village to search for anything.

It remains green and tranquil spaces with an enormous area of advantage.

The village is characterized by moderate environmental conditions, as it remains a beach that supports you to rest, calm and spend the most beautiful times.

The most important services within the Project:

A huge aqua park was created within the village and is the largest of its kind.

There are many swimming pools that were distributed in all corners of the village, including for all young and old, and covered swimming pools for women.

There are huge green areas that help to rest and calm, near a number of long terraces for walking and running.

Distinctive natural views have been provided for the apartments in the area of ​​Bo Sands, the northern coast, as a number of terraces have been created to give a beautiful view of the village and make all units immediately overlook the sea and its picturesque beaches.

It remains a university at the highest rate in coordination with some of the largest universities present in Singapore.

Crystal Lagoons are available on the various sides surrounding the units in the village of Bo sands North Coast, giving a beautiful artistic touch.

A luxurious commercial place has been provided with commercial stores and a group of various malls, so that all shopping enthusiasts can find what they lack.

A number of beaches remain, including for adults and another for children, as well as a number of distinctive recreational games.

There are a number of restaurants and cafes that have been equipped at the highest rate to serve various foodstuffs.

A number of sports fields have been provided and equipped with the latest sports equipment for all sports enthusiasts, as there are health clubs next to a spa and sauna.

The project was designed by a large number of medical centers equipped with the latest technologies and of the highest degree and standard, and they provide services throughout the day for a period of 24 hours.

As for the unit areas in the Bo Sands North Coast Resort, attention has been paid to saving a number of different areas, and customers have cooperated to choose from them with great ease and without confusion, including 5000 housing units of different types and spaces, and the delivery of units occurs with super lux finishing, including the following:

The place of residential units starts from 65 square meters.

Chalet contains a typical dormitory room with an area of ​​71 square meters.

There is also a ground chalet that contains two bedrooms, starting from 104 square meters to 108 square meters.

And there is also a ground chalet that contains 3 bedrooms, the size of which starts from 121 square meters to 170 square meters.

Prices of units within the Bo Sands Coast to the North project:

The prices of units within the project vary according to the areas, and are as follows:

Price per Mater and The Payment System are as follows:

15% postponed reservation with installments of the rest of the unit price over a full seven years, and therefore the delivery of the unit will be September 2020.

15% is postponed as a reservation, thus disbursing scheduled payments over a period of 7 years, and that period will be delivered in the following September 2021.

You can spend 5% on booking and pay the unit price by making equal scheduled payments over 7 years.

Spending ten% so far a month has passed from the date of the contract, and thus the rest of the unit price has been paid in installments over a period of 8 years by paying equal scheduled payments. The delivery of units during that period is canceled in March 2023.

Data about the company that owns Bo Sands village

Information about The Owner Company:

Maxim Real Estate Development Corporation selects the unique areas for its projects, and it is considered one of the oldest institutions in the field of real estate modification, and it has promoted many unique businesses such as: 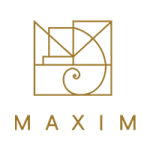