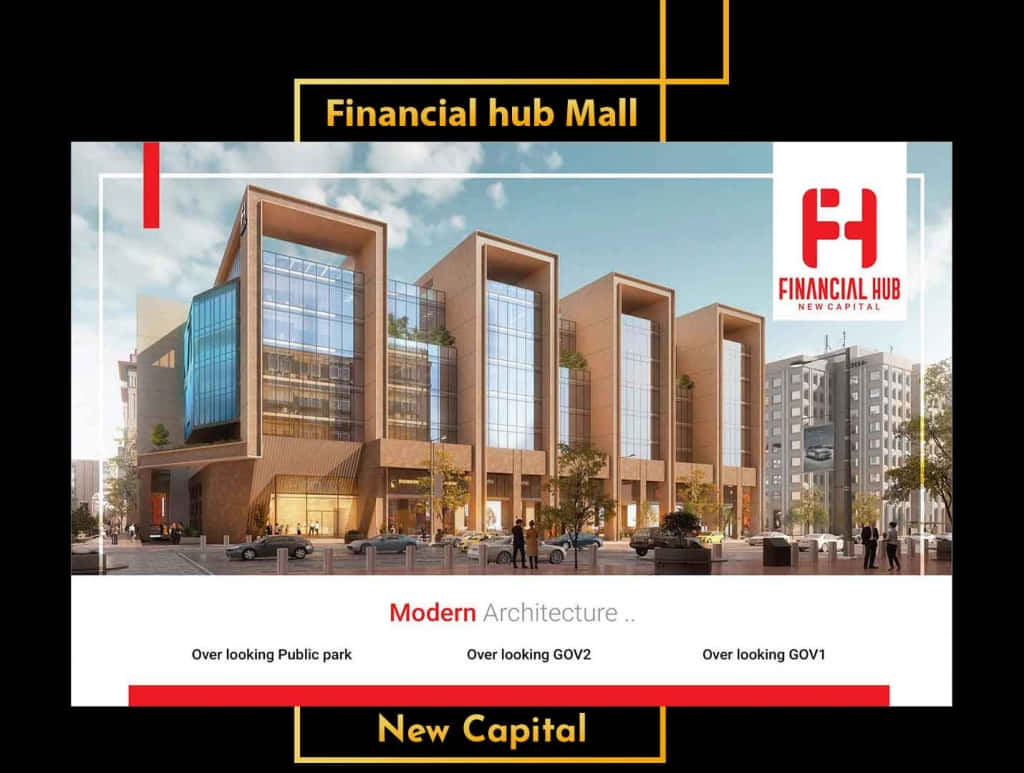 It is considered the finest

and most important vital location

in the heart of the financial and business district.

This prestigious project is characterized

by the fact that all facades have

a distinct view of the landscape

in addition to providing a lot of different services,

And the features that you will only find

in the Administrative Capital

Which is characterized as the only approved

within the wealth district

and business in the administrative capital.

One of them overlooks the landscape

And a second facade overlooking

There are many services left

within that great mall.

such as having 2 pharmacies

And many other different efforts.

the presence of many different spaces

Which allows you the freedom to choose

the commercial or administrative unit that suits you

To become a successful starter

for your successful project,

the spaces start from:

There are fully finished administrative units

with areas starting from 45 square meters.

with areas starting from 45 square meters.

There are commercial units on the largest floor, 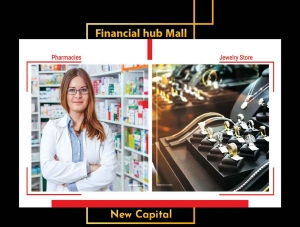 There are two garages below the ground

for cars that can accommodate 250 vehicles.

And enter only skilled cards.

The mall has two separate entrances,

including a special administrative outlet

The latest commercial ones have a height

of up to ten meters each.

Five rooms are top-rated for meetings.

A unique view of all the units

on the green spaces.

in all areas of mall Financial hub new capital.

It also remains as warning

and extinguishing equipment for fires.

A large number of administrative units are available,

fully finished, and equipped at the highest rate.

It overlooks the central park.

And two elevators for the administration,

and a special elevator for people with disabilities.

There is an elevator to save the file.

and internal air conditioning are available in the Financial Hub.

In addition, due to the presence

in the case of a power outage.

Which allows the owners of the units

within the mall to benefit from

all the meters they own within the units.

In addition to the occurrence of a lot

of headquarters on each floor dedicated

to waiting for visitors.

Many other services are available

such as limousine invitation,

And extracting smart cards for employees,

and completing the consumption of water,

in addition to electricity.

The Financial HUB project is located

And business in the new capital,

which is one of the most

and best neighborhoods in the new capital,

Which contains with it

the most prominent vital real estate,

in addition to commercial centers,

and in the middle of it is the tallest tower in Africa.

is distinguished by its overlooking a main street

with a width of 94 meters

It is near the famous Almasa Hotel,

and next to many important ministerial headquarters.

Just as it remains next to the Ministry

of Finance and the Cabinet Building,

And the position of the new House of

Representatives within the administrative capital.

It is also available close to the Egyptian Monetary Bank,

And the most prominent high-end projects

that maintain the success of your project

within the financial hub of the capital.

Regardless of the fact

is strategically located in the new capital

Except that it has several other features.

Including that 80% of the buildings adjacent

to the Financial Hub Mall

They have been allocated to national

In addition to foreign banks,

and the Egyptian Monetary Bank is

in the middle of these buildings.

The other 20% of the buildings are

adjacent to the Financial Hub

It has been allocated to a group of

This is what gives the Financial hub mall’s

location in the new capital

The price of an enormous investment is inestimable.

mall Financial hub new capital is one of the projects

and the Development Consultant by the Anjar Corporation.

Therefore, to perform the fifth of

And in the most important areas

that became the focus of the eyes of all investors

Of the owners of commercial establishments,

and it is the place of the financial and business district

is an Egyptian joint stock corporation

with more than 23 years

of experience in the Egyptian real estate market.

has achieved many successes

Until it became one of the most pioneering institutions,

and a pillar of success in other projects,

Because, in its various projects,

it is the first to give everything

that is modern and innovative,

And an increasing number of

the highest rates of credit, luxury,

and comfort is available.

This is clearly evident in the various projects

There are commercial and administrative shopping centers,

and the features of High City El Obour Compound.

dialogue, and a classic appearance.

Thus, the name of Al Safwa Corporation has become

one of the well-known

Which has won the confidence of a large segment

of investors for two decades,

Its motto (your safe investment) has become

your dealings with Al Safwa Corporation.

which are characterized by credibility,

And raising the level of services available

in its various projects with the aim

of the welfare of its investors.

many projects dedicated to it

in the most prestigious vital locations,

and important in Egypt,

and among the most prominent

of these projects are the following:

In addition to Sunset Mall.

All of these successful projects are completed

by the newest institution project

within the new administrative capital.

Al-Safwa Foundation has always been

keen to provide everything that is modern,

and advanced for the convenience of its investors. 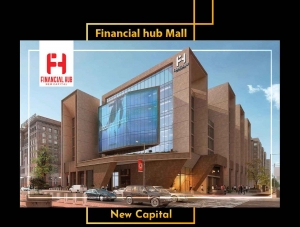 The prices of the administrative

represent the price of the situation,

Which does not compare

with respect to the intrinsic

and vital position of the mole.

With regard to finishes,

And the various services that you will not find

in any newer commercial

and administrative project or mall.

The prices of commercial units range

with areas of 45 meters.

You can buy the unit you want in installments,

and with the smallest down payment.

There is a reservation deposit starting from 10%,

The rest is to be paid in 1/4 equal annual

installments over a period of 6 years.

In addition to there is mall Financial hub new capital.