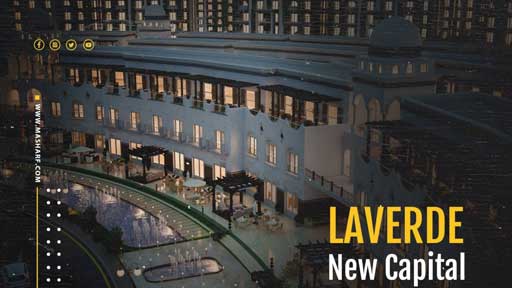 La Verde Capital, La Verde is the first villa compound in the R8 district in

the Italian style in the new administrative capital, with an architectural character and interior

As it is the latest and most prominent launch of the distinguished company La Verde Egypt,

real estate investment in the Arab Republic of Egypt.

Every company and investor entity wants to contribute.

various nationalities, whether Arab or foreign,

companies in the field of construction and building,

La Verde, the Administrative Capital, is considered one of the very large projects

and is an important and distinctive start within the New Capital.

distinguished by the distinctive architectural design and the wonderful view of the landscape.

The compound is distinguished by its strategic location in the heart of the New Administrative Capital,

which has become the focus of everyone’s eyes, and its proximity to the various important government

companies in the capital.

, so do not be confused and make the reservation before it is too late.

If you are looking for luxury, sophistication, and luxury, you should choose La Verde,

the New Administrative Capital,It is one of the most upscale projects

as it provides you with a calm atmosphere and pure environmental

conditions as it is in the heart of the New Administrative Capital.

The project is one of the most vital areas in the city, the reason why

its location is distinguished as it enjoys a distinct view,

The location is suitable for real estate investment, and it is possible for investors to 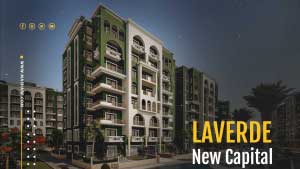 of Egypt, which is one of the largest real estate companies in the Arab Republic of Egypt.

compete with the largest real estate companies in the Arab Republic of Egypt.

dealing with its various customers, and the provision of different payment systems

that reach many years,

It is a company that is well known for its solid history and honorable projects.

Egypt and the Middle East, which has inhabited many giant architectural projects.

its long experience, the most recent of which was La Verde Compound,

which has the advantage of being in the heart of the new administrative capital,

It is also distinguished by its proximity to the Al Sefarat neighborhood,

which will include all embassies, which is one of the best places in the New Administrative Capital.

The location of La Verde, the Administrative Capital, is characterized by being

in the heart of the cultural city, which is located in an excellent location immediately

on the Green River.

and a line of desalination plants through the Red Sea.

The area surrounding the river will be cultivated, and for that reason it was called

the Green River, and it is located on the other side of the river, the headquarters of

the presidency and the ministries district,

Which will include all ministries within the Arab Republic of Egypt, as well as

arranging seminars, and also takes place next to the international airstrip,

which operates at this moment, except for domestic flights.

And international outings will be opened until the completion of the new administrative capital,

Thus, La Verde New Capital is La Verde, the capital, in the most prestigious locations in the New 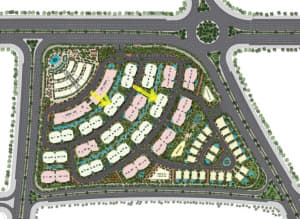 to enjoy the most beautiful periods with friends and family.

Types of units and spaces at La Verde New Capital:

The project  established on an area of ​​sixty acres, with 22% allocated to buildings

and constructions, and the rest of the total area for green spaces,

to enjoy the picturesque landscapes.

Where is La Verde New Capital, La Verde, the capital?

It will be in the New Administrative Capital in the R8 district, next to Anakaji Compound.

What is the real estate developer of La Verde New Capital?

Prices and spaces of iris Mall the new administrative capital)