Just as it is one of the companies working in the field of investment and real estate development, and

during its short period of work it was able to reserve a special position for the company,

Among the largest companies operating in the same field in Egypt and the Middle East.

La Verde has a wonderful list of residential and real estate projects that I have worked on, in addition to

that, many projects are under construction in different and different locations,

As the business of La Verde Company is based on innovation and development, through its massive

documentation of competencies and experience,

the compound La Verde  distinguish by the traditional style,

Which will not implement by any company, and be distinguished in style and diversity in spaces,

and it also provides a number of very important services for all residents of the compound.

La Verde New Capital is located in the heart of the administrative capital, in the R8 region,

Which is on the axis of Mohammed bin Zayed, which is immediately in the south, and away from the

Cathedral and the Al-Fattah Al-Alim Mosque, which can be up to 5 minutes.

The project is 5 minutes from the Green River from the diplomatic quarter, and from the Expo City.

It is approximately a quarter of an hour away from the Presidential Palace, the Administrative Capital

Airport, and the Financial and Business District, and the project is about a third of an hour away from

New Cairo and the Fifth Settlement.

and the project established and implemented on an area of ​​only 18% and 82% of green spaces,

services and facilities for the residents of La Verde, the New Administrative Capital. 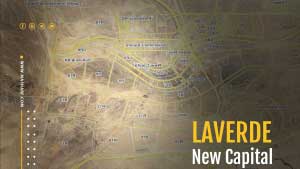 Take advantage of it without being met by any group of obstacles, including:

The project combines various swimming pools of different types and sizes in all aspects of the project.

To ensure safety and security, surveillance cameras, security and guarding are available 24 hours a day.

There are also public parks and private walking paths.

The project contains quiet places for sitting and children’s play among the wide green spaces.

Huge places to hold barbecue celebrations, and special celebrations such as birthdays etc.

It has safe tracks, especially for cycling, jogging and walking.

Club House, gym and spa equipped with the latest international tools and equipment.

A commercial mall that houses a huge collection of the most famous international and local brands.

Restaurants and cafes, a private parking lot for all residents of a compound.

The project contains fountains and artificial lakes of various sizes.

mixed with the huge landscapes in the La Verde compound, the administrative capital,

All the project buildings  surround by lakes, swimming pools and commercial areas that make it

easy for the investor to reach all his needs.

to large green spaces and services, it built on an area of ​​82%,

The new house in la verde new capital is a very safe investment for all investors, we appreciate all the

necessities that the investor lacks.

In addition to the prices that are more competitive, the estimated average price per square meter is

close to thirty% over a period of two years,

As the project offers you a variety of duplexes, penthouses and beans, starting with the unit area of ​​one

and a half square meters. 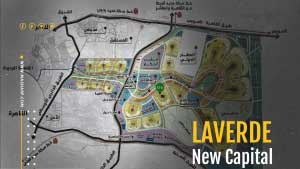 It is one of the large number of great projects that have risen and are still under implementation.

services and facilities that help meet the needs of the compound’s residents.

As the architectural design of the project  inspire by the sophisticated Andalusian bean, and the

company seeks to provide a mixture parallel with originality and everything that is modern,

There is La Verde New Capital, the administrative capital, on the residential units

With distinct areas ranging from one and a half meters to 280 meters,

The delivery of units is 1/2 finished, and the payment system is very distinctive, starting from a 5%

contract provider and an installment of up to 8 years.