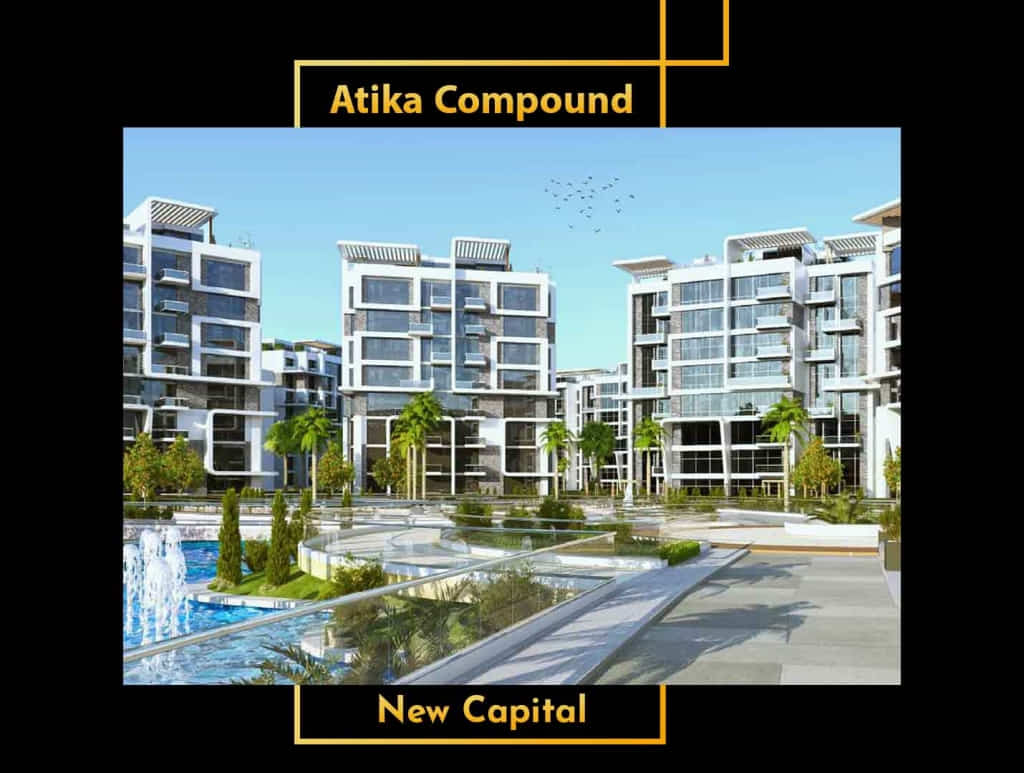 Atika compound new capital is considered one of the most important and largest projects of the new administrative capital, 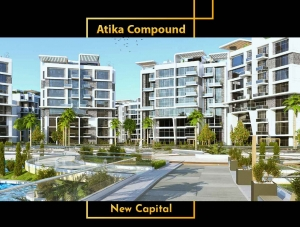 It was built in a modern and elegant style,

will be by the New Planning Company

For the real estate development

It has contributed to the perfect presentation

of Attica thanks to

the experience of the two companies.

in one of the most important areas in

the center of the new administrative capital

It is located on plot G1 in district R7

on the central axis next to the British University

from the Green River.

and the Al-Fattah Al-Alim Mosque

It is 15 minutes from the Presidential Palace

and the Capital Airport.

which can add green spaces,

artificial lakes and other services,

So that the restoration of the project

for the population. Variety

As they serve different customer needs,

As shown below: There is a one-bedroom apartment

This type of apartment has an area of ​​70 square meters.

There are two-room units to choose from:

Two-room units are available with

There is a three-bedroom apartment:

This type of apartment starts from 140 m²

The space of the family home

And ends with about 280 square meters.

with many advantages and special services

that help meet all the needs of

the residents of the compound,

As shown below in addition to

the project’s approach to several

important points about it.

The company that developed

Atika compound new capital is keen on the spaces

Green to control the architectural space

Which helps to provide more psychological

comfort to the residents of the compound.

The company that designed

design patterns of the industrial lake,

Which contributed to the comfort of

the eye for the residents of the compound.

A large club has been established

in the residential project in

Equipped with the latest technology

to help provide the best service to

the residents of the project.

The company is keen to make

the project self-sufficient for the residents,

So it has established a commercial area

with many luxury cafes and restaurants,

All units are luxuriously decorated.

The security and guard services

are available 24 hours a day.

The compound has private parking

The company is keen to provide a healthy life

It offers a gym and spa

with the highest level of equipment.

On more than one installment system

starting from not paying

To pay only 10% down payment

to terminate the contract.

In first payment system the customer

does not need to pay any down payment,

The value of the residential unit

can be paid in the Atika new capital

For more than 4 years at 12% discount

In the second system,

the customer pays 5% down payment

This amount is payable in 5 years

In the fourth type of payment system

as down payment upon signing the contract,

The remaining amount is paid

in installments over 9 full years.

In the fourth payment system the customer

pays 15% as down payment

upon signing the contract,

10% payment is available upon receipt,

The remaining amount is paid

the year for a period of 10 years.

As for the maintenance deposit,

it is only 8% of the total unit value.

All units in the compound are scheduled

to be delivered within 4 years. 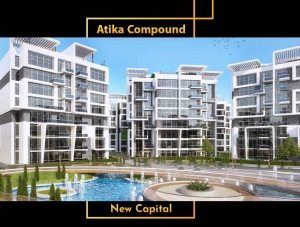 In addition to there is Atika compound new capital.