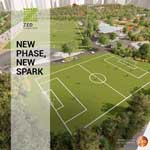 Towers project, and it was launched at the Cityscape Global Exhibition in Dubai.

Aura is the first real estate company owned by the famous businessman Naguib Sawiris, and he is

considered one of the most successful businessmen in Egypt.

Contents
1Zed Compound location:
2Towers and Sheikh Zayed Park
3Services and spaces in Zed Zayed :
4Zed Compound services:
5Zed Compound spaces:
6Prices and payment systems in Zed compound:
6.1These prices can be put forward in some detail as follows:
7Zed Compound apartments details:
7.1Towers contain 10 floors:
7.2Towers units consisting of 20 floors:
8The owning company and previous business
9Previous work of Aura Real Estate
10Aura projects outside Egypt
11Aura projects inside Egypt
12Features of Sheikh Zayed City
12.1Call our numbers to find out about the prices, spaces and payment systems available.
12.2For reservations
12.2.1You can inquire and communicate by calling
12.2.2Or via WhatsApp

Naguib Sawiris’s latest project is located in Sheikh Zayed City, to be considered the best choice for the

Zed compound overlooks the Tower complex, and the location is close to the most vital areas of Sheikh

Zayed such as Hyper One and Arkan.

The Sheikh Zayed area is about 28 km away from Lebanon Square, and about 20 km from the

Also, within only half an hour from Sheikh Zayed City by car, you find yourself in the center of the

in Sheikh Zayed to become a wonderful view of the units.

Aura has the right to manage and renew the central park and build the company’s towers in its center,

the towers project and to partner with Sawiris on that land.

In zed compound, it is possible to obtain the most famous agencies for the most luxurious cafes and

restaurants, and to transfer one of its branches to the project.

The park was previously free for all residents of Sheikh Zayed City and its suburbs, and after it was

included in the Zayd Sheikh Zayed project, it became priced with entry fees.

An official in the Ora company stated that the entrance price to the park will be 100 pounds, but the

owners of Zed compound will allow them to enter for free.

Services and spaces in Zed Zayed :

Naguib Sawiris is considered the latest project and the most prestigious residential projects. It is

distinguished by its splendor and luxury in design, providing all services to meet the desires of each

Zed compound is the latest project of Naguib Sawiris, which is a safe way to invest your money with

confidence in the profit it yields.

Aura, in cooperation with the international company WATG London, was keen to develop the Master

Plan for the compound.

WATG London is the most famous engineering consultancy firm around the world. Aura Real Estate

Development is implementing the project and buildings plan.

The company was keen to divide the towers in the compound into two types, one of which consists of

10 floors for residential units only.

As for the second type, it consists of 20 floors and is mixed with luxury residential units, small shops, and

and 4-room apartments with an area of ​​252 square meters.

towers in which the contracted units are located.

These prices can be put forward in some detail as follows:

the date of writing the contract.

Company, in partnership with the Egyptian Government’s Housing and Development.

Aura is under the management of the famous businessman Naguib Sawiris, who made many statements

about the project, saying:

“Our dreams are big, our designs  execute to make a difference and happiness fulfilled. We embrace

and support creativity, innovation and sustainability in our projects,

We want to see “Aura” as a seal of excellence in our current and future projects. If you

look at our approach and what we have already achieved,

You will see that we are more than just developers of global projects. ”

Aura has previous projects that have proven successful inside and outside Egypt.

Up to announcing the latest projects of Naguib Sawiris, which caused a sensation in Sheikh Zayed City,

the Gulf countries and European countries.

prefer to reside there because of the feeling of non-estrangement within it.

places such as Crave, Golio’s and Masion Thomas.

mosques, the most famous of which is the Police Mosque and Sheikh Zayed Mosque.

Call our numbers to find out about the prices, spaces and payment systems available.