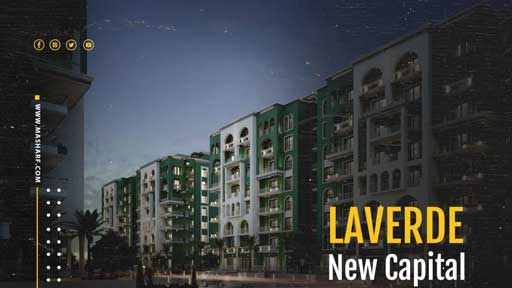 which is its second project in the New Administrative Capital.

It will be on an area of ​​54 acres with a total investment of 2.5 billion pounds.

stated that the company has huge confidence in the Egyptian market.

Because it enjoys promising investment opportunities in a variety of sectors,

on top of which is real estate investment.

the door for reservation for its second projects in the Administrative Capital,

He explained that the company’s largest project is “La Verde New Capital”,

which is an integrated compound on an area of ​​35 acres.

With investments estimated at 1.8 billion pounds, it is located within the R8 region.

A space that contains arts and culture next to the Green River, as it immediately

overlooks the Green River, which serves all regions and Cairo,

Including the entire new administrative capital, facing the axis of

Mohammed bin Zayed and near the embassies neighborhood,

only minutes away from the hospital and schools complex in the capital,

As it is next to the cathedral, the international airport, the presidential palace and

the government district in the new administrative capital

development, and over the coming years, there will be a strong boom in the rate of real estate,

commercial and entertainment projects there.

For her part, Naglaa Tahoun, Vice Chairman of the Board of Directors,

stated that the company achieved sales of more than seventy percent of the project’s units.

Referring to the huge turnout on the Administrative Capital’s projects,

the rate of achievements made in reality continued, and it is a smart city

based on international specifications and standards.

living with a variety of uses.

of construction in the compound is only 22%,

The rest of the area is divided between green spaces, swimming pools and unparalleled services,

just as the Lavender project contains a huge bouquet of various spaces,

To meet all the customers’ needs, as spaces in the La Verde project start from 130 meters

It has a distinct view of green spaces, artificial lakes, swimming pools and gardens,

La Verde New Administrative Capital, a city designed by the most famous designers,

It was designed in the classic form, which contains sophistication,

luxury and architectural beauty mixed with all that is exclusive

and unique to the residence, Which brings you closer to all places

in Cairo in the period that offers you

peace and quiet after a hard day’s work, the house that enjoys the views of

the picturesque and charming nature.

It provides you with all the services you need, all of that  calculate, the possibility of not

compensating you, hasten to book your unit and choose your place in the most

prestigious city to be established in the heart of the new capital.

La Verde Compound, New Administrative Capital, is a modern future for you and your family,

own this moment and choose from the payment systems.

What suits you, invest in the most upscale area in the capital, enjoy the view of

the green river and the charming nature,

need around you, because you are next to the most vital places in the capital,

La Verde, the new administrative capital, a new possibility for a higher life. 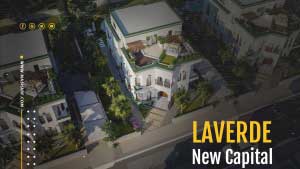 When sophistication, excellent housing and a high level of luxury meet, when

your eyes  enchant by the splendor of the green color and the picturesque nature,

It has all the services, so you are definitely in the La Verde project. It is a

Laverde Egypt is one of the non-competitive companies that

always occupies the first place in the real estate market and the Middle East.

Just as it is unique to la verde Egypt with a special and distinct character,

which distinguishes it from others, as it cares and is its first concern,

It is to meet the different tastes of investors with high quality and effectiveness,

known in the real estate world, So that each unit in the compound is

designed in a distinct and wonderful way that makes investors feel comfortable and relaxed.

Other projects are also of interest (Curve Corner Stone Project