designs that were supervised by a number of the most worthy consultants and designers.

and in its most suitable residential neighborhoods.

The project is located on an area of ​​seventy acres, and the buildings occupy about twenty%

of the total project area.

The rest is distributed among green spaces, industrial lakes and various services.

of the project and the beauty of its design, starting with the various apartments and various

due to the luxurious designs and spacious spaces,

The units are designed in a sound and sophisticated manner, in a distinct, unique location,

close to most of the administrative capital’s landmarks and the capital’s compounds as well.

the New Administrative Capital, specifically in the R7 residential neighborhood,

It is next to Bosco Compound, Stella Park, and the government district in plot E8.

It is located directly on the Mohammed bin Zayed Axis Road, steps away from the Green River,

It is also next to Al Masa Hotel and the City of Knowledge and Culture. 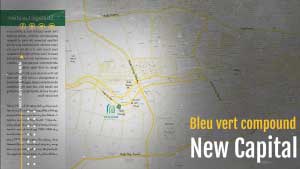 The spaces of the units of Blue vert new administrative capital:

Blue vert new administrative capital located on an area of ​​seventy acres, and the

units are twenty% of the total area.

The project offers a number of apartments with different areas, designs and models, and varies

between villas and residential units for sale in the Blue Vert New Capital.

These units are fully finished according to the tastes, especially when they are equipped with

all forms of infrastructure, including electricity, gas and water.

The units shall be adjacent to the most important services provided by the project,

to serve the residents and to facilitate them in purchasing their supplies. 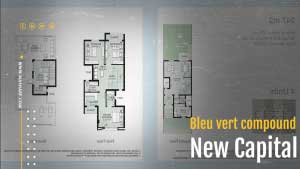 due to its proximity to the most vital areas of the Administrative Capital.

It includes services including: 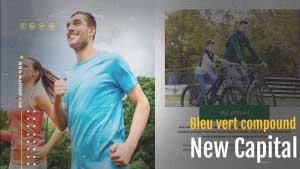 Costs and payment systems in

in addition to suits all characters and meets different demands.

I saved the amount in real time (cash),

in addition to There is a 5% downpayment and payment facilities up to 7 years.

It provided 5% repair and parking.

in addition to The project also provides reasonable prices to meet all needs and satisfy all investors, whether

housing or villas, as:

in addition to The unit price is approximately one and a half million, depending on the prices of the last quarter

of the current year.

in addition to It should be noted that the prices referred to in the text are subject to change, and we are

keen in Aqarmap to always renew the neighborhood price list.

in addition to make the investor aware of the catastrophic changes in the building market, and we also

measure the evidence of demand through the Aqarmap index.

About the real estate developer of blue vert New Capital:

in addition to It an institution whose history goes back to 1975, and it established according to a contract

between the Egyptian state administration and the Saudi government.

direction of the Egyptian authority,

in addition to The state administration of the Kingdom of Saudi Arabia builds and saves business expenses.

The foundation’s net worth has reached millions of dollars, approximately $ 318 million.

in addition to The Foundation works in a large number of squares, including: the tourism economy,

buying and selling lands, preparing and constructing them as well.

in addition to The number of commercial enterprise projects reaches fifty, at a rate of fifty thousand

housing units, and the investments of these commercial projects amount to 5 billion pounds.

of Egypt in the best terrain locations, such as:

of the best consultants and architectural designers,

in addition to exit commercial projects with the highest standards of mastery, originality,

elegance and sophistication, such as:

in addition to Blue vert new administrative capital, is one of the finest projects in the

administrative capital, which established by the commercial establishment to establish

in addition to the concept of high-end and new residential life.