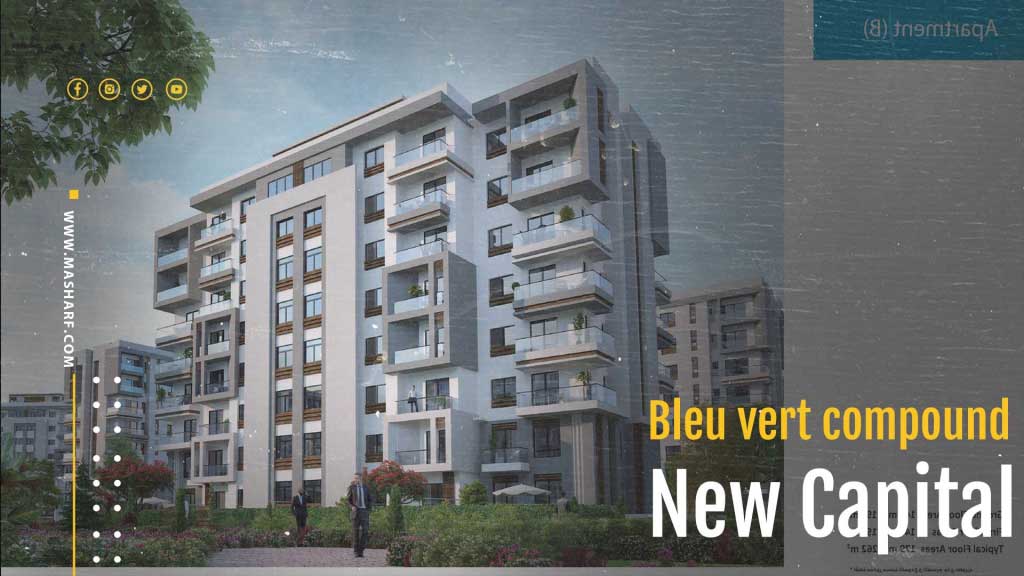 the heart of the New Administrative Capital and is next to the Green River and distinct vital areas,

near the ministries neighborhood, and next to the airstrip.

The location is located next to the religious monuments, the Al-Fattah Al-Alim Mosque and the Cathedral. 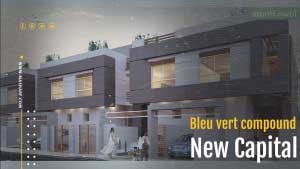 How to pay in the Bleu Vert New Capital Compound:

There are various payment methods in the project, up to 7 years.

The commercial establishment, the Kingdom of Saudi Arabia for Development, will be

“to be” for selling the project, “Bluefir Compound, Blue Vert, the administrative capital.”

Doctor Abdulrahman Al-Harkan, Chairman of the Foundation Council, stated in a sermon

that the project is being built on seventy feddans in the new administrative capital.

I got above them the institution in the framework of the first IPOs of the administrative capital.

during the amendment periods,

to the Administrative Capital project, as one of the most prominent urban and investment

Engineer Mohamed El-Taher, CEO of the company, stated that the corporation had entered

Its investments have grown in modern cities in the north and south of the Arab Republic of Egypt,

and the corporation has various residential commercial projects on the new cities. A tourism residential project in Damietta on an area of ​​17.7 acres, and the commercial

establishment contracted with Hilton International to manage a hotel within the scope of the project.

It consists of 110 halls and suites, in addition to the Nile Towers project, which is composed

of two towers, an increase of 23 floors, each of which is the hotel,

The other tower will be a compound of 190 amazing housing units on the Nile.

Which has precedent projects in various regions of the Arab Republic of Egypt, such as:

to take care of the environmental aspect and building facades inlaid with blue.

gates to facilitate movement to reach any point in the project 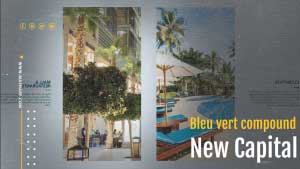 The location of the Bleu Vert New Capital Compound:

The location locate in the presence of the mall on the axis of Mohammed bin Zayed,

which is in the south

A social club is available, and the area of ​​the villas has been isolated from the place of buildings,

with great streets supported by abundant trees, just as green areas have been installed to

Next to the abundant number of areas within the Administrative Capital:

Other projects are also of interest (Condo the new administrative capital