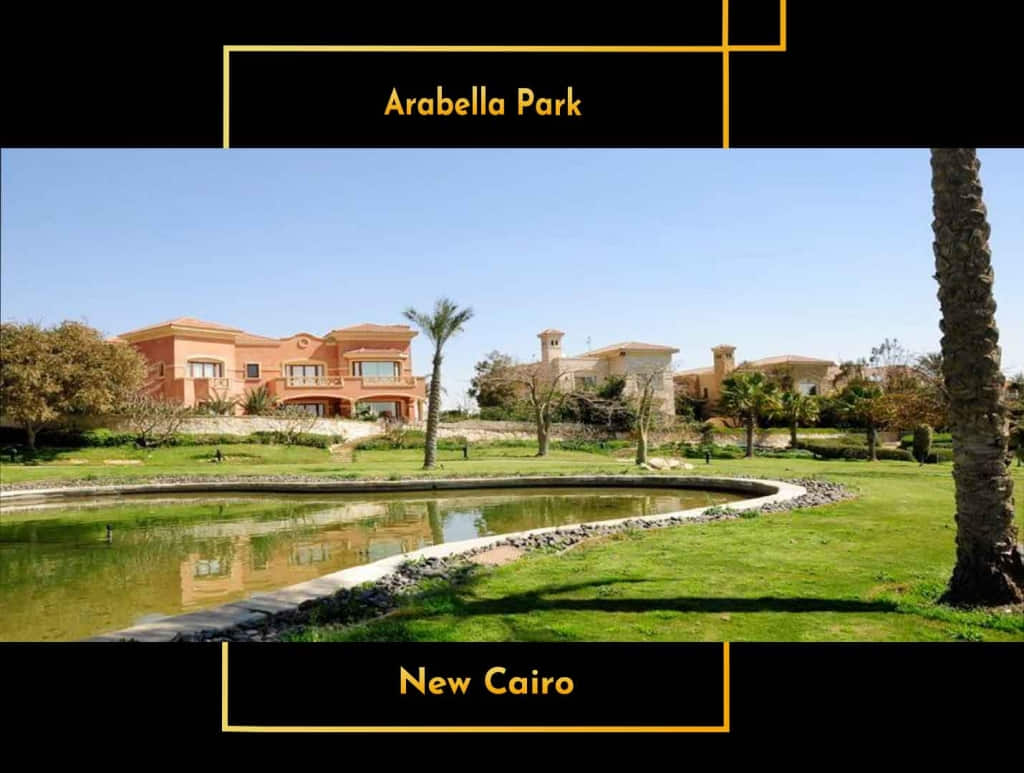 Arabella Compound New Cairo The project includes multiple sports fields, such as football fields, tennis and squash courts for sports enthusiasts, as well as walking paths and others for running in the midst of greenery.

For those who love change, as well as to enjoy housing with an unusual modern character,

you can move to Arabella Compound,

as it is a project that is not limited to residential apartments with its unique designs,

the best prices and facilities, In addition to its strategic location in the Fifth Settlement,

which makes you have an infinite number of advantages.

with very distinctive designs in Raqqa and also world-class beauty,

which were created by the most skilled specialists in the field,

in addition to the tranquility and privacy that dominates the place,

due to the project’s location in a spot far from the congestion life Traffic and overcrowding,

the presence of separating distances, as well as wide streets between

the residential units and some of them,

which were used to create green spaces as well as water bodies,

which shows the beauty of the compound as well as improves the general atmosphere.

such as football fields as well as tennis and squash for sports enthusiasts,

as well as paths designated for walking and others for running amid greenery,

in order to encourage individuals to exercise outdoors as well as enjoy physical fitness,

and a third dedicated to the movement of cars,

In order to ensure the safety of pedestrians and provide security as well as order.

You can enjoy a little fun in the swimming pools available throughout the project,

which the company has taken care to establish in various areas to suit all ages.

You can also take a walk in the gardens, and also rest on the seats designated for that,

and enjoy the view of the picturesque artificial fountains,

which transport you to the world of waterfalls as well as the life of the coast.

that offer distinguished dishes from different countries of the world. Rather,

it was keen to implement them inside the compound,

which include all household items as well as individuals’ holdings of clothes, accessories and shoes.

The company that developed the project was keen to surround it with a high concrete wall from all sides,

and to provide it with modern electronic gates in order to secure all entrances as well as exits,

and a security and guard staff deployed throughout

the neighborhood around the clock in order to protect individuals and their property,

in addition to providing units and also Other properties in

the compound with the latest technologies in treating fires,

which sound alarms in emergency situations, urging everyone to evacuate immediately.

The location of the compound is characterized by a mixture of vitality,

calmness and sophistication, as it is bordered by the buildings of the fourth district and

the apartments of the New Cairo City Authority on the northern side,

as well as high-end assembly compounds on the western side,

Arabella Park and also the German University on the eastern side,

giving you educational opportunities for your children on the highest level.

The compound is close to the most important main roads in Cairo, which is the Ring Road,

which is only 3 minutes away, which facilitates access to Nitaqat as well as the various cities of Cairo,

and it is 5 minutes from the 90th Street, which is considered

the most famous neighborhood of the assembly,

the National Bank and Bank Audi, as well as educational institutions such as

as well as distinguished entertainment places such as the properties of

the Cairo Festival City compound and also Concord and also

which guarantees you a stay in a luxury residential complex Integrated services.

In the interest of the company for the convenience of customers,

it has provided them with integrated housing facilities of the best materials,

under the supervision of experts and also advanced technicians in the field,

as well as individuals can move and also live in their new unit upon receipt,

although this is rare in some other residential projects as It is located next to the medical clinics of the Fifth Settlement.

All individuals dream of living in high-end communities and also near major service places as well as entertainment venues, and indeed this is what the Arabella project provides,

the assembly – as well as the Ring Road and Golf Street,

the location also gives you a wonderful view of the landscape and water bodies.

As we mentioned, the project contains other units that are not common in our Egyptian societies,

so; You can use the following lines to determine which housing unit you prefer to stay in.

Just as the apartments offered for sale inside the Arabella compound are characterized by safety,

the independent villas are also distinguished by a high degree of security and privacy,

as it is a separate house that owns a private garden for its residents,

and it consists of two or three floors, and surrounded on all sides by a high wall separating it from the outside atmosphere.

And it is also the most suitable housing for large families who are looking for luxury as well as sophistication.

A new type of residential real estate has spread widely in the recent period,

although it is different from the usual form for apartments,

but it is found within the units of towers and also residential buildings,

and it contains two floors, lower and upper, with different sizes and more rooms than regular apartments,

where it contains The lower floor in most cases is a special space for receiving guests,

as well as a kitchen, as well as a bathroom and everything related to social life for a family,

while the upper floor contains the rooms and bathrooms for family members,

and many consider it the optimal price and space relative to large families,

as it is located next to offices Administrative Fifth Settlement New Cairo.

A new type of more independent villa, because it is two double houses that share only one wall,

but each has an entrance and also a separate garden,

and they not bordered by any neighbors on the other sides,

and they owned by two people and not one person who wants to live next to each other as friends.

are among the lowest residential prices in the real estate field in the New Cairo area,

compared to many services and facilities available within the compound,

which provide a wide range of entertainment and also amenities for

the residents of the compound so that customers enjoy the greatest amount of health and comfort, and also luxury.

As a result of the company’s expansions in the real estate as well as the economic field,

and its keenness to be ahead and also lead in this field,

it always seeks to attract customers as well as investors to its projects,

by offering the best payment systems as well as payment,

The property and the rest of the amount is paid in installments over 60 months,

and this system is the most widely used in all of its projects.

is one of the giant companies in the real estate and engineering fields,

which is keen to follow steady steps in showing its work with high-quality aluminum facades,

as well as very high-end designs as well as creativity,

as well as not neglecting the full exploitation of spaces The interior is also provided with the latest finishes and facilities.

In addition to supplying the chisel of the housing units with armored doors for more safety,

and creating their own lighting system, which is characterized by a combination of aesthetic and functional goals, which were created with precision and also craftsmanship,

their projects have also been provided with an automated system for transporting garbage,

and you may not find this much. In major projects of other companies.

The company has expanded its projects over more than thirty years,

especially in neighborhoods as well as high-end cities, including

the best compounds within the Fifth Settlement as well as the cities of New Cairo,

and it has diversified between residential and economic investment projects,

as it is not limited to construction services only,

but is working on Providing after-sales services such as finishing works as well as decoration,

as well as investment works with high profits for businessmen as well as money owners through its distinguished properties, which raises the confidence of its customers,

as well as their respect for its lofty goals.

Note that the prices as well as the spaces mentioned in the article are for the first half of 2019, and are therefore subject to change, and we are keen to update them constantly in order for the customer to be aware of the changes in the real estate market.