map of Audaz Mall New Capital
Other units inside the compound

Audaz Mall New Capital, or as it is known as Audaz Project new Capital is one of Catalan Real Estate Development Company’s projects, which will be explained below:

The mall consists of a large number of shops divided to contain all areas.

In the Administrative Capital Audaz Mall, there are international restaurants, well-known cafes, brands of clothes and shoes,

There are many other activities in the Administrative Capital AUDAZ project, such as cabarets and movie theaters.

And a hall to receive VIP visitors.

There are many ways to book and pay to reserve a store in the mall, and the price per square meter in the mall reaches 28,000 EGP.

The installment can be over several years and a simple downpayment

and your store can be book without paying any down payment with an increase in the installment percentage.

The location of Audaz Mall:

A Brief About the Company Developing the AUDAZ Mall New Capital:

Gates Real Estate Development Company, which was established in 2018 in a new image of the parent company “United Arab Developers”,

Which was established in 1995, as the members of its board of directors are distinguished by more than 25 years of experience in the fields of

construction and engineering in Egypt.

The company has carried out many successful projects inside and outside Egypt,

and it has been characterized by residential works and projects in the heart of the New Administrative Capital.

This includes: the Compound Catalan New Capital project and the company is always keen to win the confidence of its customers

As it offers everything new and varied in the field of real estate through its previous and existing projects. Available for sale clinic in Audaz Mall

Gates also provides its customers with professional service, starting with the channels that reach their customers through sales, so that

and providing most of the distinctive facilities That customers are looking for because it is distinguish by its credibility in delivering its projects.

Prices and payment methods in the AUDAZ Mall New Capital:

In addition to Except for a huge mall, This is being implement  By the well-known Al-Futtaim Group,  Which are evaluat according  In addition to international standards.

In addition at its top is the Canadian University, Which spreads over an area of ​​thirty acres.

Be designed on the latest models That mimic international layouts In addition there is Audaz Mall New Capital.

In addition to Sports fields, Also tennis courts, and basketball.

In addition, there are a lot Of residential units and villas  There are many projects that include villas For sale in the new administrative capital.

In addition, to there are houses of worship The Al-Fattah Al-Alim Mosque was built On an area of ​​106 acres

In addition to the power station is Available in new capital, Equipped with all necessary services Of the sewage network, 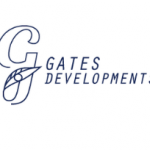